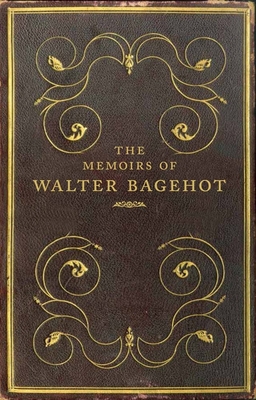 The Memoirs of Walter Bagehot (Hardcover)

The spirited and measured memoir of Walter Bagehot, had he left one

Walter Bagehot (1826–1877) was a prominent English journalist, banker, and man of letters. For many years he was editor of The Economist, and to this day the magazine includes a weekly “Bagehot” column. His analyses of politics, economics, and public affairs were nothing short of brilliant. Sadly, he left no memoir.

How, then, does this book bear the title, The Memoirs of Walter Bagehot? Frank Prochaska explains, “Given my longstanding interest in Bagehot’s life and times, I decided to compose a memoir on his behalf.” And so, in this imaginative reconstruction of the memoir Bagehot might have written, Prochaska assumes his subject’s voice, draws on his extensive writings (Bagehot’s Collected Works fill 15 volumes), and scrupulously avoids what Bagehot considered that most unpardonable of faults—dullness.
A faux autobiography allows for considerable license, but Prochaska remains true to Bagehot’s character and is accurate in his depiction of the times. The memoir immerses us in the spirit of the Victorian era and makes us wish to have known Walter Bagehot. He is, Prochaska observes, the Victorian with whom we would most want to have dinner.

Frank Prochaska, the author of more than a dozen books, has taught, researched, and published British history throughout his career. He is Honorary Fellow, Institute of Historical Research, London University, and Fellow of the Royal Historical Society. He lives in Oxford, UK.

Praise For The Memoirs of Walter Bagehot…

“[Prochaska] has done a remarkable job . . . What he has accomplished is a quiet tour de force, often tightening and (if it is permitted to say so) improving on the original . . . Frank Prochaska has shone an agreeable and revelatory light upon this great Victorian writer by an artful deployment of literary mirrors, not lanterns. The Memoirs of Walter Bagehot is a testimony not only to his command of the Bagehot oeuvre but also to his deep understanding of Bagehot’s curious place in the pantheon of that endangered species, the man of letters.”—Roger Kimball, Literary Review

“A brief and eminently readable introduction to a stimulating writer and thinker, a man for whom the term 'public intellectual' may have been coined.”—Gertrude Himmelfarb, The Weekly Standard
— Gertrude Himmelfarb

“An ambitious ‘reconstruction’ . . . Augustine Birrell, the English politician and belle-lettrist, put the matter as plainly as Bagehot himself might have: "To know Walter Bagehot through his books," he said, "is one of the good things of life." And so is knowing Bagehot through these ‘Memoirs.’”—George Selgin, The Wall Street Journal
— George Selgin

“As far as I can check, pretty much everything in this little book is direct quotation, with only minimal editorial linking. So you will probably get as good a picture of what Bagehot was like and what he thought from Prochaska’s two hundred pages as from St John Steva’s 15 volumes. Prochaska picks out the plums nicely, and the ripest and juiciest are usually Bagehot’s remarks on the world he really knew from the inside, the world of money.”—Ferdinand Mount, London Review of Books
— Ferdinand Mount