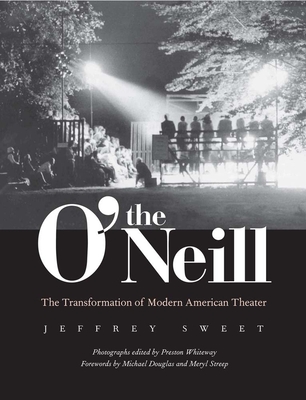 The Transformation of Modern American Theater

A lavishly illustrated celebration of the fifty-year history of the most influential theatrical organization in America, the O’Neill Theater Center

"At the O'Neill, we were all engaged with full-hearted passion in sometimes the silliest of exercises, and all in service of finding that wiggly, elusive creature, a new play."—Meryl Streep

"I would not be who or where I am today without the O'Neill."—Michael Douglas

As the old ways of the commercial theater were dying and American playwriting was in crisis, the Eugene O’Neill Theater Center arose as a midwife to new plays and musicals, introducing some of the most exciting talents of our time (including August Wilson, Wendy Wasserstein, and Christopher Durang) and developing works that went on to win Pulitzer Prizes and Tony Awards. Along the way, it collaborated with then-unknown performers (like Meryl Streep, Michael Douglas, Courtney Vance, and Angela Bassett) and inspired Robert Redford in his creation of the Sundance Institute. This is the story of a theatrical laboratory, a place that transformed American theater, film, and television.

Jeffrey Sweet is an award-winning playwright and theater historian whose previous books include Something Wonderful Right Away, a history of the famed Second City improvisational theater. He serves on the Council of the Dramatists Guild and is one of the most active participants in the Chicago theater renaissance.

Praise For The O'Neill: The Transformation of Modern American Theater…

“The O’Neill is famous among show folk, but [The O’Neill] will give civilian theater buffs a chance to share the ‘O’Neill experience’ vicariously.”—Ethan Mordden, The Wall Street Journal
— Ethan Mordden

“Accompanied by fascinating archival photographs, this sweeping history of the country’s foremost new play laboratory is as striking as it is informative. Theatre buffs will marvel at the effect the O’Neill has had on American culture—launching everyone from August Wilson to Meryl Streep—and the unlikely stories that led to its creation.”—TDF Stages magazine
— TDF Stages magazine
or
Not Currently Available for Direct Purchase
Copyright © 2020 American Booksellers Association