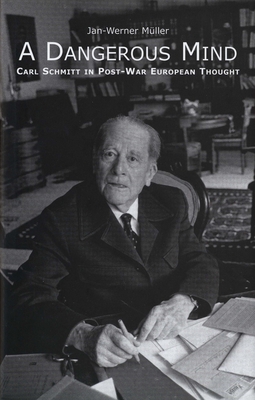 Carl Schmitt (1888-1985) was one of the twentieth century’s most brilliant and disturbing critics of liberalism. He was also one of the most important intellectuals to offer his services to the Nazis, for which he was dubbed the “crown jurist of the Third Reich.” Despite this fateful alliance Schmitt has exercised a profound influence on post-war European political and legal thought—on both the Right and the Left. In this illuminating book, Jan-Werner Müller traces for the first time the permutations of Schmitt’s ideas after the Second World War and relates them to broader political developments in Europe.

Offering a fresh account of Schmitt’s life and career along with discussions of his key concepts, Müller explains why interest in the political theorist continues. He assesses the current uses of Schmitt’s thought in debates on globalization and the quest for a liberal world order. He also offers new insights into the liberalization of political thinking in post-authoritarian societies and the persistent vulnerabilities and blind spots of certain strands of Western liberalism.