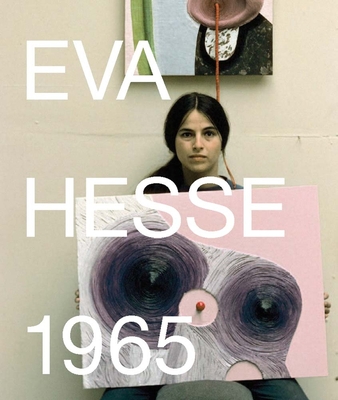 In 1964 the industrialist Friedrich Arnhard Scheidt invited Eva Hesse (1936–1970) and her husband, Tom Doyle, to a residency in Kettwig an der Ruhr, Germany. The following fifteen months marked a significant transformation in Hesse’s practice. The artist’s studio space was located in an abandoned textile factory that contained machine parts, tools, and materials that served as inspiration for her complex, linear mechanical drawings and paintings. In 1965 Hesse expanded on this theme and began using objects found in the factory and papier-mâché to produce a series of fourteen vibrantly colored reliefs that venture into three-dimensional space with such materials as wood, metal, and cord protruding from the picture plane.

With dynamic new scholarship and previously unpublished illustrations, Eva Hesse 1965 highlights key drawings, paintings, and reliefs from this pivotal time and demonstrates how the artist was able to rethink her approach to color, materials, and dimensional space and begin moving toward sculpture, preparing herself for the momentous strides that she would take upon her return to New York.

Barry Rosen is a curatorial consultant in New York City.
Loading...
or
Not Currently Available for Direct Purchase