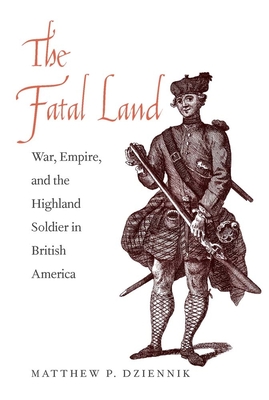 War, Empire, and the Highland Soldier in British America (The Lewis Walpole Series in Eighteenth-Century Culture and History)

More than 12,000 soldiers from the Highlands of Scotland were recruited to serve in Great Britain’s colonies in the Americas in the middle to the late decades of the eighteenth century. In this compelling history, Matthew P. Dziennik corrects the mythologized image of the Highland soldier as a noble savage, a primitive if courageous relic of clanship, revealing instead how the Gaels used their military service to further their own interests and, in doing so, transformed the most maligned region of the British Isles into an important center of the British Empire.

Born and raised in the Scottish Highlands, Matthew P. Dziennik is currently a fellow at the University of Saskatchewan.
Loading...
or
Not Currently Available for Direct Purchase