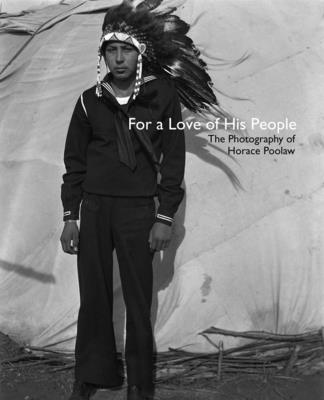 For a Love of His People

For more than five decades of the twentieth century, one of the first American Indian professional photographers gave an insider’s view of his Oklahoma community—a community rooted in its traditional culture while also thoroughly modern and quintessentially American

Horace Poolaw (Kiowa, 1906–84) was born during a time of great change for his American Indian people as they balanced age-old traditions with the influences of mainstream America. A rare American Indian photographer who documented Indian subjects, Poolaw began making a visual history in the mid-1920s and continued for the next fifty years. When he sold his photos, he often stamped the reverse: “A Poolaw Photo, Pictures by an Indian, Horace M. Poolaw, Anadarko, Okla.” Not simply by “an Indian,” but by a Kiowa man strongly rooted in his multi-tribal community, Poolaw’s work celebrates his subjects’ place in American life and preserves an insider’s perspective on a world few outsiders are familiar with—the Native America of the southern plains during the mid-twentieth century.

For a Love of His People: The Photography of Horace Poolaw is based on the Poolaw Photography Project, a research initiative established by Poolaw’s daughter Linda in 1989 at Stanford University and carried on by Native scholars Nancy Marie Mithlo (Chiricahua Apache) and Tom Jones (Ho-Chunk) of the University of Wisconsin–Madison.

Praise For For a Love of His People: The Photography of Horace Poolaw (The Henry Roe Cloud Series on American Indians and Modernity)…

"[Poolaw]’s photographs—which he took not for publication, but for the use and enjoyment of the people around him—are moving, humane, and beautiful."—Rebecca Onion, Slate

"For a Love of His People is a welcome and unique addition to the literatures of Indigenous history and visual culture."—Jenny Tone Pah-Hote, Journal of Native American and Indigenous Studies

Nancy Marie Mithlo (Chiricahua Apache) is the chair of American Indian studies at the Autry National Center Institute and associate professor of art history and visual arts at Occidental College. Mithlo has served most recently as senior editor for the 2011 publication Manifestations: New Native Art Criticism published by the Museum of Contemporary Native Arts.