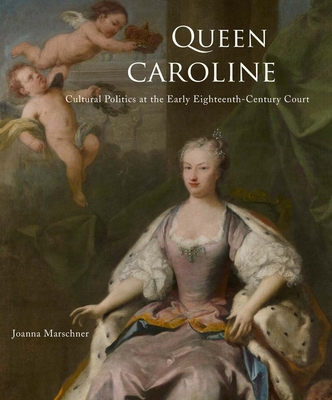 As the wife of King George II, Caroline of Ansbach became queen of England in 1727.  Known for her intelligence and strong character, Queen Caroline wielded considerable political power until her death in 1737.  She was enthusiastic and energetic in her cultural patronage, engaging in projects that touched on the arts, architecture, gardens, literature, science, and natural philosophy.  This meticulously researched volume will survey Caroline’s significant contributions to the arts and culture and the ways in which she used her patronage to strengthen the royal family’s connections between the recently installed House of Hanover and English society.  She established an extensive library at St. James’s Palace, and her renowned salons attracted many of the great thinkers of the day; Voltaire wrote of her, “I must say that despite all her titles and crowns, this princess was born to encourage the arts and the well-being of mankind.”

'Joanna Marschner’s meticulous study shows how the queen used her patronage to strengthen the new royal family’s libraries, also laying out gardens and in particular fostering the antiquarian ethos that was a distinctive feature of Georgian life. Voltaire wrote: “I must say that, despite all her titles and crowns, this princess was born to encourage the arts and the well-being of mankind.” This biography reinforces his judgement and throws interesting new light on Georgian England.’—John Martin Robinson, The Art Newspaper
— John Martin Robinson

‘Splendidly illustrated, this book represents a major statement of the achievements of an overlooked figure, and contributes to the current reconsideration of the role of the queens consort. . .Queen Caroline furthers the ongoing reassessment of the cultural and intellectual role of women in Enlightenment Europe.’—Giles Waterfield, Apollo Magazine
— Giles Waterfield

‘These new biographies are in keeping with this eighteenth-century drive to treat cultural history as seriously as political and military history. They are major advances – both in scholarship and human empathy – on the standard works’—Ophelia Field, TLS.