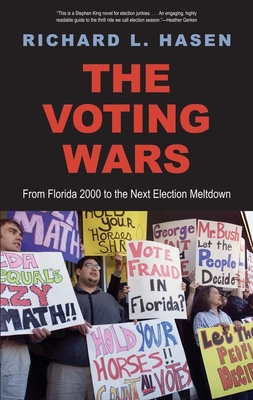 From Florida 2000 to the Next Election Meltdown

The problems uncovered during the debacle of the 2000 presidential election persist, and we can expect far more trouble unless we fix the way we run elections

In 2000, just a few hundred votes out of millions cast in the state of Florida separated Republican presidential candidate George W. Bush from his Democratic opponent, Al Gore. The outcome of the election rested on Florida's 25 electoral votes, and legal wrangling continued for 36 days. Then, abruptly, one of the most controversial Supreme Court decisions in U.S. history, Bush v. Gore, cut short the battle. Since the Florida debacle we have witnessed a partisan war over election rules. Election litigation has skyrocketed, and election time brings out inevitable accusations by political partisans of voter fraud and voter suppression. These allegations have shaken public confidence, as campaigns deploy “armies of lawyers” and the partisan press revs up when elections are expected to be close and the stakes are high.

Richard L. Hasen, a respected authority on election law, chronicles and analyzes the battles over election rules from 2000 to the present. From a nonpartisan standpoint he explores the rising number of election-related lawsuits and charges of voter fraud as well as the decline of public confidence in fair results. He explains why future election disputes will be worse than previous ones—more acrimonious, more distorted by unsubstantiated allegations, and amplified by social media. No reader will fail to conclude with Hasen that election reform is an urgent priority, one that demands the attention of conscientious citizens and their elected representatives.


Praise For The Voting Wars: From Florida 2000 to the Next Election Meltdown…

"This is a Stephen King novel for election junkies.  No one has a better eye for the next big thing in election law than Rick Hasen.  The Voting Wars provides an engaging, highly readable guide to the thrill ride we call election season."—Heather Gerken, author of The Democracy Index:  Why Our Election System is Failing and How to Fix It
— Heather Gerken

"One of the most disturbing recent US political developments is the rapid growth of election administration litigation.  Professor Hasen has masterfully described this trend, showing how political parties seek to gain advantage through election recounts, voter id laws, absentee ballot procedures, and the like. Scholars, journalists and interested citizens will benefit from Hasen's insightful overview of this struggle and the potential for even more election related controversy and litigation in the future.”—Bruce Cain, Heller Professor of Political Science, University of California, Berkeley

"Just in time for the election, Rick Hasen brings this essential reminder of all the lessons never learned after Bush v. Gore. If we don't course-correct our partisan voting systems and ever more partisan efforts to remedy them, Hasen reminds us that we are looking into the face of a democratic disaster."—Dahlia Lithwick, Senior Legal Correspondent, Slate magazine
— Dahlia Lithwick

Richard L. Hasen is Chancellor's Professor of Law and Political Science, University of California, Irvine School of Law. He lives in Studio City, CA.
Loading...
or
Not Currently Available for Direct Purchase