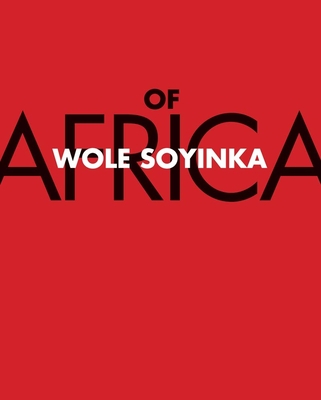 A Nobel laureate offers a keen, thought-provoking analysis of Africa's current crises and points the way to cultural and political renewal

A member of the unique generation of African writers and intellectuals who came of age in the last days of colonialism, Wole Soyinka has witnessed the promise of independence and lived through postcolonial failure. He deeply comprehends the pressing problems of Africa, and, an irrepressible essayist and a staunch critic of the oppressive boot, he unhesitatingly speaks out.

In this magnificent new work, Soyinka offers a wide-ranging inquiry into Africa's culture, religion, history, imagination, and identity. He seeks to understand how the continent's history is entwined with the histories of others, while exploring Africa's truest assets: "its humanity, the quality and valuation of its own existence, and modes of managing its environment—both physical and intangible (which includes the spiritual)."

Fully grasping the extent of Africa's most challenging issues, Soyinka nevertheless refuses defeatism. With eloquence he analyzes problems ranging from the meaning of the past to the threat of theocracy. He asks hard questions about racial attitudes, inter-ethnic and religious violence, the viability of nations whose boundaries were laid out by outsiders, African identity on the continent and among displaced Africans, and more. Soyinka's exploration of Africa relocates the continent in the reader's imagination and maps a course toward an African future of peace and affirmation.

Wole Soyinka, the first African to receive the Nobel Prize in Literature, is a Nigerian writer, poet, and playwright. For his implacable resistance to political tyranny he has been imprisoned, threatened with assassination, and at times forced to live in exile.
or
Not Currently Available for Direct Purchase
Copyright © 2020 American Booksellers Association