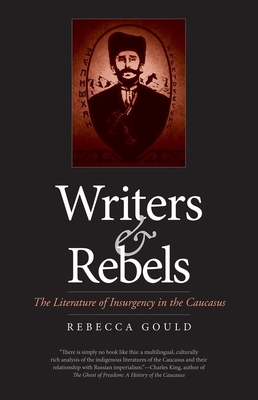 The Literature of Insurgency in the Caucasus (Eurasia Past and Present)

Spanning the period between the end of the Russo-Caucasian War and the death of the first female Chechen suicide bomber, this groundbreaking book is the first to compare Georgian, Chechen, and Daghestani depictions of anticolonial insurgency. Rebecca Gould draws from previously untapped archival sources as well as from prose, poetry, and oral narratives to assess the impact of Tsarist and Soviet rule in the Islamic Caucasus. Examining literary representations of social banditry to tell the story of Russian colonialism from the vantage point of its subjects, among numerous other themes, Gould argues that the literatures of anticolonial insurgency constitute a veritable resistance—or “transgressive sanctity”—to colonialism.

Praise For Writers and Rebels: The Literature of Insurgency in the Caucasus (Eurasia Past and Present)…

"There is simply no book like this: a multilingual, culturally rich analysis of the indigenous literatures of the Caucasus and their relationship with Russian imperialism."—Charles King, author of The Ghost of Freedom: A History of the Caucasus
— Charles King

"There is simply no book like this: a multilingual, culturally rich analysis of the indigenous literatures of the Caucasus and their relationship with Russian imperialism. Rebecca Gould's command of the sources is unparalleled. Her ability to connect literary theory with the imperial past and contemporary politics has opened up a vast new field of research: how to bring Russia's borderlands into full conversation with the history of Islamic thought and the fate of European colonialism."—Charles King, author of The Ghost of Freedom: A History of the Caucasus
— Charles King

“A book of this empirical and theoretical range and depth has never been written on the Caucasus. To become an expert on any one of these three regions is daunting and a rarity; to write a book that connects them as this author has is an amazing achievement.”—Paul Manning, Trent University

“Gould brilliantly synthesizes her virtuoso linguistics, her catholic command of theory, and her extensive knowledge of the history and culture of the Caucasus to argue for the necessity of native texts and discourse in creating an anthropology that facilitates the interpretation of two centuries of turbulent Islamic insurgence in the Caucasus.”—Paul Friedrich, author of Tolstoy and the Chechens
— Paul Friedrich

“Combining theoretical sophistication and staggering linguistic competence, Rebecca Gould has written a book destined to become a classic in the fields of bandit studies and Caucasus studies.”--Georgi Derliguian, author of Bourdieu's Secret Admirer in the Caucasus: A World-System Biography
— Georgi Derliguian

"A beautifully written work that uses literary material in languages as diverse as Arabic, Chechen, Georgian, Persian and Russian to historicize the legacy of the Russian colonial encounter with the north Caucasus. Centered on the notion of transgressive sanctity, the book is significant for illuminating the aestheticization of violence in Chechen and Daghestani culture and explaining the deep-rootedness of anti-state rebellion in Caucasian historical memory. The Literatures of Anticolonial Insurgency is an invitation to reflect on the interpretive possibilities of literary anthropology for the social history of colonialism. This book is an exegetic gem, resulting from intellectually engaged scholarship."--Paolo Sartori, Senior Research Fellow at the Institute of Iranian Studies, Vienna
— Paolo Sartori

“Ranging with enviable learning across Chechen, Daghestani, Georgian and Russian literary modernities, Rebecca Gould’s book on anti-colonial violence breaks new ground by developing the notion of ‘transgressive sanctity’. Gould's sensitive readings of the aesthetics of insurgency in the Caucasus extend our knowledge of imperialism and anti-colonialism in regions of the world that are generally neglected by scholars in the anglophone academy who tend to focus on western European imperialism. This rich and complex book deepens our understanding of anti-colonial insurgency across the world and is an invaluable contribution to debates about imperialism, anti-colonial violence and aesthetics."--Javed Majeed, King's College London

“Gould’s tour de force of the literatures of the Caucasus opens a new chapter in world literary history.  Gould uses the methods of three disciplines—literature, anthropology, and history—to shed new light on anti-colonialism under Russian rule. Makings these literatures available and accessible to a much wider community than ever before, Gould significantly extends the range of postcolonial critique. The book deserves a place on readers' shelves alongside the best works on postcolonial theory and history.”—Muzaffar Alam, University of Chicago

Rebecca Gould is reader in translation studies and comparative literature at the University of Bristol. She lives in England.
Loading...
or
Not Currently Available for Direct Purchase