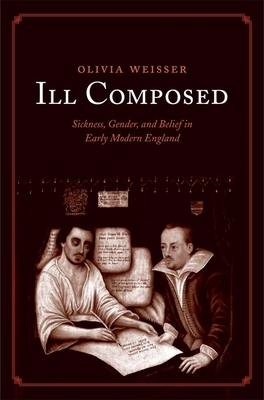 In the first in-depth study of how gender determined perceptions and experiences of illness in seventeenth- and eighteenth-century England, Olivia Weisser invites readers into the lives and imaginations of ordinary men and women. Drawing on a wide range of sources, including personal diaries, medical texts, and devotional literature, the author enters the sickrooms of a diverse sampling of early modern Britons. The resulting stories of sickness reveal how men and women of the era viewed and managed their health both similarly and differently, as well as the ways prevailing religious practices, medical knowledge, writing conventions, and everyday life created and supported those varying perceptions.

A unique cultural history of illness, Weisser’s groundbreaking study bridges the fields of patient history and gender history. Based on the detailed examination of over fifty firsthand accounts, this fascinating volume offers unprecedented insight into what it was like to live, suffer, and inhabit a body more than three centuries ago.

Olivia Weisser is assistant professor of history at the University of Massachusetts, Boston. She lives in Cambridge, MA.

“Ill Composed offers a fascinating inside view of what it was like to be ill in early modern England. The special focus on gender difference is an innovative approach which bears rich fruit in terms of our understanding of the social construction of health and illness. Solidly based on comprehensive archival research, the book is elegantly written.”—Sara Mendelson, co-author of Women in Early Modern England, 1550-1720
— Sara Mendelson

“A lucidly told story which adds enormously to our understanding of the body’s history. Weisser’s extensive research takes us from the reflective diarists of the middling sort and elites to the scrappy but eloquent petitions of the begging poor. Through their stories, we gain a new understanding of the management of health, the suffering of illness, and the deep roots of the naturalisation of gender inequity.”—Laura Gowing, King’s College London
— Laura Gowing

“Ill Composed is a landmark in the history of the patient, gender and spirituality. It’s as though Weisser wrote this thoughtful and moving book with Samuel Pepys sitting on one shoulder and Roy Porter on the other.”—Lauren Kassell, University of Cambridge
— Lauren Kassell

“Ill Composed responds to the two most pressing issues in the social history of medicine, illness and patients, and offers welcome insight into the history of pain and emotion.”—Lynn Botelho, Indiana University of Pennsylvania
— Lynn Botelho

“Weisser’s compelling study of the ways in which gender affected patients’ perceptions of illness in seventeenth-century England provides an important corrective to the majority of existing literature, which tends to concentrate on either male or female patient experience without analyzing both together. Focusing on personal sources rather than medical discourse, the book gets as close as possible to the patient’s perspective.”—Cathy McClive, Durham University
— Cathy McClive