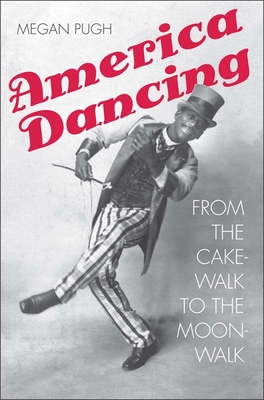 From the Cakewalk to the Moonwalk

An exuberant history of American dance, told through the lives of virtuoso performers who have defined the art

The history of American dance reflects the nation’s tangled culture. Dancers from wildly different backgrounds learned, imitated, and stole from one another.  Audiences everywhere embraced the result as deeply American.

Using the stories of tapper Bill "Bojangles" Robinson, Ginger Rogers and Fred Astaire, ballet and Broadway choreographer Agnes de Mille, choreographer Paul Taylor, and Michael Jackson, Megan Pugh shows how freedom—that nebulous, contested American ideal—emerges as a genre-defining aesthetic. In Pugh’s account, ballerinas mingle with slumming thrill-seekers, and hoedowns show up on elite opera house stages. Steps invented by slaves on antebellum plantations captivate the British royalty and the Parisian avant-garde. Dances were better boundary crossers than their dancers, however, and the issues of race and class that haunt everyday life shadow American dance as well. Deftly narrated, America Dancing demonstrates the centrality of dance in American art, life, and identity, taking us to watershed moments when the nation worked out a sense of itself through public movement.

Praise For America Dancing: From the Cakewalk to the Moonwalk…

"As signifying dancers, men and women fly out of this deep, long-nurtured book. In clear and sensual prose, Megan Pugh has fashioned a history of modern America in gestures and movement. The pages never hold still."
GREIL MARCUS, author of The History of Rock 'n' Roll in Ten Songs and Real Life Rock

“With her locomotive prose, virtuosic analysis, and acrobatic storytelling, Megan Pugh brings America's most dazzling dancers stair-tapping and moonwalking back to life.  With profound historical insight, she also shows how these gravity-defying heroes made their highwire crossings – between ‘high’ and ‘low’ taste, between classes and races – only look like a cakewalk.  America Dancing is more exhilarating, and more revealing, than cultural history has a right to be.”
JOHN BECKMAN, author of American Fun: Four Centuries of Joyous Revolt
— John Beckman

"This history  sizzles, glides, soars, skitters, hammers, taps, and leaps through decades as well as diverse dance forms, from the worlds of cinema to Broadway,  ballet and beyond.   An exciting, important book!"
PEGGY and MURRAY SCHWARTZ, authors of The Dance Claimed Me: A Biography of Pearl Primus
— Peggy and Murray Schwartz

"Although Pugh's scholarship is considerable, she is writing not for a scholarly but for a general audience. . . . The author has a dancer's grace in the flow of her prose. . . . Pugh gracefully dances the fine line between critic and fan."—Kirkus Reviews
— Kirkus Reviews

"Pugh handles dance as an art form and its historical context with equal deftness. She builds her book around the personal stories of some of the biggest names in American dance. . . . Not only does Pugh draw sometimes unexpected connections among them and place them within her larger story, she also describes their dancing so vividly that readers will want to see the dances themselves."—Shelf Awareness, Starred Review
— Shelf Awareness

"Valuable, original, refreshing, wide-ranging. . . . Ms. Pugh’s writing is excellent, and the book is mind opening. To an invaluable extent, it’s about the influences of African-Americans on American dance. . . . The breadth and wealth of information often dazzle. . . . This book alters and enriches American dance history. It doesn’t change the record of what happened when; instead, it revises our sense of how things came to pass."—Alastair Macaulay, New York Times
— Alastair Macaulay

"Pugh executes some fancy footwork of her own; and like Bill 'Bojangles' Robinson taking flight up a flight of stairs (and back down again), Pugh nimbly keeps step with a chronology that’s given to doubling back abruptly and leaping forward."—Boston Globe
— Boston Globe

Megan Pugh has taught at the University of California, Berkeley, and Lewis and Clark College. Her writings on American art and culture appear frequently, and her poetry has been published in The Oxford American and VOLT among other publications. She lives in Portland, OR.
or
Not Currently Available for Direct Purchase