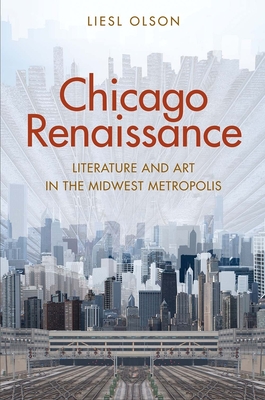 Literature and Art in the Midwest Metropolis

This remarkable cultural history celebrates the great Midwestern city of Chicago for its centrality to the modernist movement. Author Liesl Olson traces Chicago’s cultural development from the 1893 World’s Fair through mid-century, illuminating how Chicago writers revolutionized literary forms during the first half of the twentieth century, a period of sweeping aesthetic transformations all over the world. From Harriet Monroe, Carl Sandburg, and Ernest Hemingway to Richard Wright and Gwendolyn Brooks, Olson’s enthralling study bridges the gap between two distinct and equally vital Chicago-based artistic “renaissance” moments: the primarily white renaissance of the early teens, and the creative ferment of Bronzeville. Stories of the famous and iconoclastic are interwoven with accounts of lesser-known yet influential figures in Chicago, many of whom were women. Olson argues for the importance of Chicago’s editors, bookstore owners, tastemakers, and ordinary citizens who helped nurture Chicago’s unique culture of artistic experimentation.

Praise For Chicago Renaissance: Literature and Art in the Midwest Metropolis…

“Olson approaches the subject with academic rigor, she writes with force, as well as originality, crafting fictionalized vignettes of her subjects’ experience of the city. A valuable, perspective-shifting work of both cultural and Midwestern history.”—Kirkus Reviews

“Vibrant, inclusive, deftly interpretative, and defining chronicle of the rise of modernism in this city of ‘intense receptiveness’ . . . .With knowledge, insight, and conviction, Olson explicates the unifying power of modernism that brought black and white writers and artists together while feeding the city’s hunger for the revelations of story, poetry, and image.”—Donna Seaman, Booklist

"Liesl Olson has written the book Chicago has been waiting for—a rich, rigorous and definitive cultural history of its turn-of-the-century heyday that’s as lively as the time."—Thomas Dyja, author of The Third Coast: When Chicago Built the American Dream

“This is modernism in all its technicolor glory, Chicago style:  the literary ladies and the porkpackers, the Bronzeville poets and the scribbling ad-men.  Dazzlingly learned, revelatory and a cracking great read.”—Deborah Cohen, Northwestern University

Liesl Olson is director of Chicago studies at the Newberry Library. She is the author of Modernism and the Ordinary and many essays about twentieth‑century writers and artists.
Loading...
or
Not Currently Available for Direct Purchase