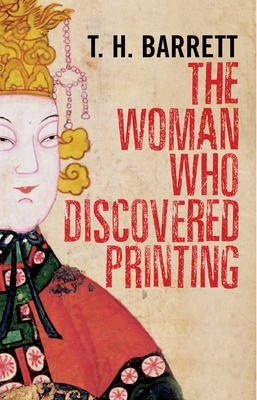 The Woman Who Discovered Printing

This beguiling book asks a set of unusual and fascinating questions—why is early Chinese printing so little acknowledged, despite anticipating Gutenberg by centuries? Why are the religious elements of all early printing overlooked? And why did printing in China not have the immediate obvious impact it did in Europe?

T. H. Barrett, a leading scholar of medieval China, brings us the answers through the intriguing story of Empress Wu (AD 625–705) and the revolution in printing that occurred during her rule. Linking Asian and European history with substantial new research into Chinese sources, Barrett identifies methods of transmitting texts before printing and explains the historical context of seventh-century China. He explores the dynastic reasons behind Empress Wu’s specific interest in printing and the motivating role of her private religious beliefs. He also deduces from eighth- and ninth-century Chinese records an explanation for the lesser impact of the introduction of printing in China than in Europe. As Renaissance Europe was later astonished to learn of China’s achievement, so today’s reader will be fascinated by this engaging perspective on the history of printing and the technological superiority of Empress Wu’s China.

T. H. Barrett is professor of East Asian History at the School of Oriental and African Studies, London. Among his books are , Taoism Under the T’ang; Li Ao: Buddhist, Taoist or Neo-Confucian? and, with Peter Hobson, Poems of Hanshan. He lives in Cambridgeshire, England.