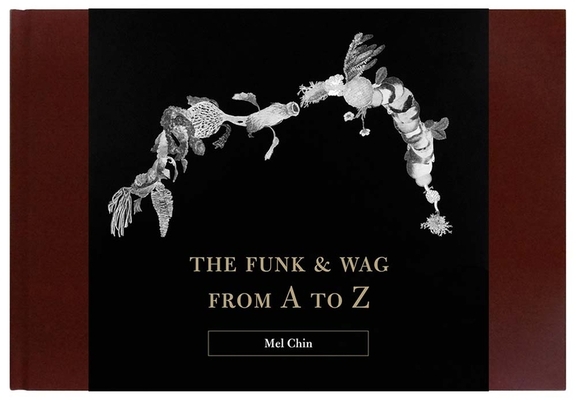 This striking, oversized book, designed to evoke encyclopedias, is a highly creative amalgam of collage with a political bent and poetry. From 2011 to 2012, American artist Mel Chin (b. 1951) extracted all of the images from a twenty-five-volume set of Funk & Wagnall’s Universal Standard Encyclopedia (ca. 1953–56) and began visually re-editing. Thousands of images rendered by photomechanical reproduction that served a populist, mid-century encyclopedia are reconfigured with 21st-century hindsight and idiosyncratic connections that convey social and artistic commentaries. Surrealism, humor, sarcasm, politics, history, and beauty permeate these sometimes raucous, often confounding, but consistently stunning images. Over 500 black-and-white collages are accompanied by twenty-five poems, one per encyclopedia volume, commissioned by Chin and author Nick Flynn specifically for this publication. Writers range from the well-known to the surprising. The Funk & Wag from A to Z offers mischievous fun with pointed commentary and hilarity.

Mel Chin is an artist who has been practicing for more than thirty years and making work that is wide-ranging, cross-cultural, and multidisciplinary, touching on politics, identity, ecology, surrealism, poetry, and science.
Loading...
or
Not Currently Available for Direct Purchase