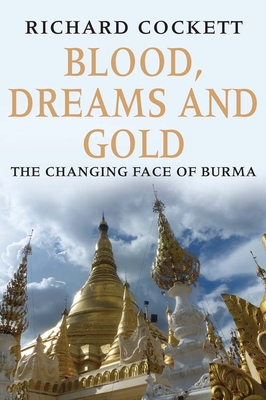 The Changing Face of Burma

The best single-volume analysis of Burma, its checkered history, and its attempts to reform

Burma is one of the largest countries in Southeast Asia and was once one of its richest. Under successive military regimes, however, the country eventually ended up as one of the poorest countries in Asia, a byword for repression and ethnic violence. Richard Cockett spent years in the region as a correspondent for The Economist and witnessed firsthand the vicious sectarian politics of the Burmese government, and later, also, its surprising attempts at political and social reform.

Cockett’s enlightening history, from the colonial era on, explains how Burma descended into decades of civil war and authoritarian government. Taking advantage of the opening up of the country since 2011, Cockett has interviewed hundreds of former political prisoners, guerilla fighters, ministers, monks, and others to give a vivid account of life under one of the most brutal regimes in the world. In many cases, this is the first time that they have been able to tell their stories to the outside world. Cockett also explains why the regime has started to reform, and why these reforms will not go as far as many people had hoped. This is the most rounded survey to date of this volatile Asian nation.

Praise For Blood, Dreams and Gold: The Changing Face of Burma…

"This is as much a popular introduction to Myanmar history, politics and culture, as an in-depth academic study. Richard Cockett nevertheless provides a number of important insights . . . and along the way develops an important hypothesis."—Ashley South, Journal of Contemporary Asia

"The best accessible introduction and overview of contemporary Myanmar that I've read."—Bill Hayton, author of The South China Sea

Richard Cockett has reported from Latin America, Africa and Asia for The Economist, and was Southeast Asia correspondent from 2010–14. He is the author of several books, the most recent being Sudan: Darfur and the Failure of the African State. He lives in London.
Loading...
or
Not Currently Available for Direct Purchase