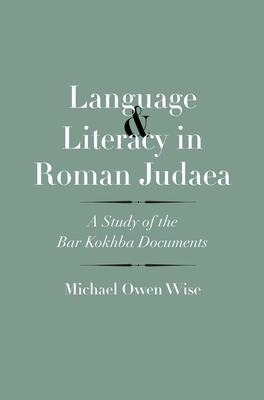 This comprehensive exploration of language and literacy in the multi-lingual environment of Roman Palestine (c. 63 B.C.E. to 136 C.E.) is based on Michael Wise’s extensive study of 145 Hebrew, Aramaic, Greek, and Nabataean contracts and letters preserved among the Bar Kokhba texts, a valuable cache of ancient Middle Eastern artifacts. His investigation of Judean documentary and epistolary culture derives for the first time numerical data concerning literacy rates, language choices, and writing fluency during the two-century span between Pompey’s conquest and Hadrian’s rule. He explores questions of who could read in these ancient times of Jesus and Hillel, what they read, and how language worked in this complex multi-tongued milieu. Included also is an analysis of the ways these documents were written and the interplay among authors, secretaries, and scribes. Additional analysis provides readers with a detailed picture of the people, families, and lives behind the texts.

Michael Owen Wise is Scholar-in-Residence and Professor of Hebrew Bible and Ancient Languages at the University of Northwestern–St. Paul. He lives in St. Paul, MN.

Praise For Language and Literacy in Roman Judaea: A Study of the Bar Kokhba Documents (The Anchor Yale Bible Reference Library)…

“This vivid and dynamic picture of how and by whom written language was employed in ancient Judaean society is a rare achievement. It will be the gold standard on these subjects for a significant time to come.”—Steven D. Fraade, Yale University
— Steven D. Fraade

“In this fascinating book, Michael Wise takes us on a remarkable journey through the languages and literatures of Judea in the second century.  Scholars are deeply in Wise’s debt for untangling many complex linguistic and historical issues in this vivid and readable volume.”—Edward M. Cook, Catholic University of America
— Edward M. Cook

“Michael Wise has done us an immense service by examining the written effects that the Judeans left in caves of refuge as they hid from the Roman army during the first and second Jewish revolts with an eye to language and literacy. This book is a must read for anyone with an interest in the vernacular and literature of Judea in the 200 years from Pompey to Hadrian.”—Martin Abegg, Jr., Trinity Western University
— Martin Abegg, Jr.

"An outspoken expert in the world of Judea and Rome, their languages, cultures and texts, Michael Wise offers a well-documented and masterly analysis of the milieu and languages of the Bar-Kochba texts as an exponent of literacy in Judea."—Emanuel Tov, The Hebrew University, Jerusalem
— Emanuel Tov

"In this marvelous and sensitive study, Wise examines the uses of language, script, and writing to explore literacy, class, cultural identity, the transmission of ideas, and the place and power of books in Roman Judaea."—Andrea M. Berlin, Boston University
— Andrea M. Berlin
or
Not Currently Available for Direct Purchase
Copyright © 2020 American Booksellers Association