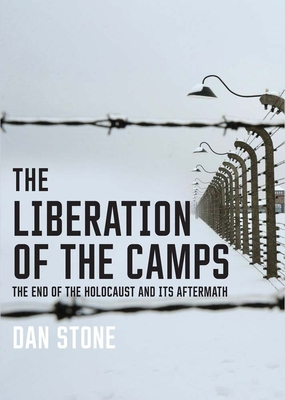 The Liberation of the Camps

The End of the Holocaust and Its Aftermath

A moving, deeply researched account of survivors’ experiences of liberation from Nazi death camps and the long, difficult years that followed

Seventy years have passed since the tortured inmates of Hitler’s concentration and extermination camps were liberated. When the horror of the atrocities came fully to light, it was easy for others to imagine the joyful relief of freed prisoners. Yet for those who had survived the unimaginable, the experience of liberation was a slow, grueling journey back to life. In this unprecedented inquiry into the days, months, and years following the arrival of Allied forces at the Nazi camps, a foremost historian of the Holocaust draws on archival sources and especially on eyewitness testimonies to reveal the complex challenges liberated victims faced and the daunting tasks their liberators undertook to help them reclaim their shattered lives.

Historian Dan Stone focuses on the survivors—their feelings of guilt, exhaustion, fear, shame for having survived, and devastating grief for lost family members; their immense medical problems; and their later demands to be released from Displaced Persons camps and resettled in countries of their own choosing. Stone also tracks the efforts of British, American, Canadian, and Russian liberators as they contended with survivors’ immediate needs, then grappled with longer-term issues that shaped the postwar world and ushered in the first chill of the Cold War years ahead.

Dan Stone is professor of modern history, Royal Holloway, University of London. He has published fifteen books on the Holocaust, genocide, and twentieth-century European history, including most recently Goodbye to All That? The Story of Europe Since 1945. He lives in London.
Loading...
or
Not Currently Available for Direct Purchase