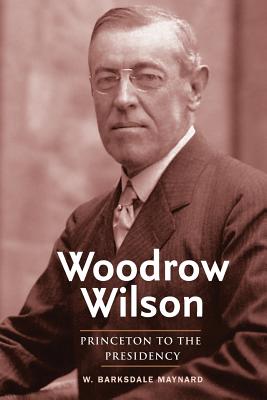 Princeton to the Presidency

Before Woodrow Wilson became president of the United States, he spent 25 years at Princeton University, first as an undergraduate, then professor, and finally as president. His experiences at the helm of Princeton—where he enjoyed four productive years followed by four years of wrangling and intense acrimony—reveal much about the kind of man he was and how he earned a reputation as a fearless crusader. This engrossing book focuses on how Wilson’s Princeton years influenced the ideas and worldview he later applied in politics. His career in the White House, W. Barksdale Maynard shows, repeated with uncanny precision his Princeton experiences.

The book recounts how Wilson’s inspired period of building, expansion, and intellectual fervor at Princeton deteriorated into one of the most famous academic disputes in American history. His battle to abolish elitist eating clubs and establish a more egalitarian system culminated in his defeat and dismissal, and the ruthlessness of his tactics alienated even longtime friends. So extreme was his behavior, some historians have wondered whether he suffered a stroke. Maynard sheds new light on this question, on Wilson’s temper, and on other aspects of his strengths and shortcomings. The book provides an unprecedented inside view of a hard-fighting president—a man who tried first to remake a university and then to remake the world.

W. Barksdale Maynard is lecturer in the Department of Art and Archaeology, Princeton University. He lives in Wilmington, DE.