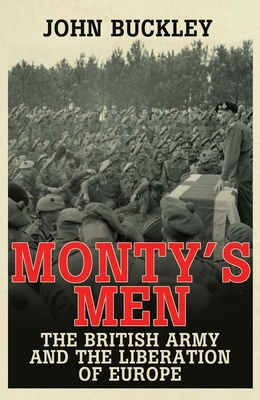 The British Army and the Liberation of Europe

Historian John Buckley offers a radical reappraisal of Great Britain’s fighting forces during World War Two, challenging the common belief that the British Army was no match for the forces of Hitler’s Germany. Following Britain’s military commanders and troops across the battlefields of Europe, from D-Day to VE-Day, from the Normandy beaches to Arnhem and the Rhine, and, ultimately, to the Baltic, Buckley’s provocative history demonstrates that the British Army was more than a match for the vaunted Nazi war machine. This fascinating revisionist study of the campaign to liberate Northern Europe in the war’s final years features a large cast of colorful unknowns and grand historical personages alike, including Field Marshal Sir Bernard Montgomery and the prime minister, Sir Winston Churchill. By integrating detailed military history with personal accounts, it evokes the vivid reality of men at war while putting long-held misconceptions finally to rest.

Praise For Monty's Men: The British Army and the Liberation of Europe…

‘His authority, blended with readability and a genuinely fresh, exciting and convincing thesis, makes this the finest account of D-Day and beyond for many, many a year.’    —James Holland, BBC History Magazine
— James Holland

‘ A well-argued take on the role of the British army in the campaign in northwest Europe… a balanced study that stresses the British Army’s effectiveness, both in using the resources at its disposal appropriately and in developing skills that made a valuable contribution to Allied success.’—Diane Lees, The Times.

John Buckley is professor of military history at the University of Wolverhampton in the United Kingdom and the author and editor of six books on the military history of the Second World War.
Loading...
or
Not Currently Available for Direct Purchase