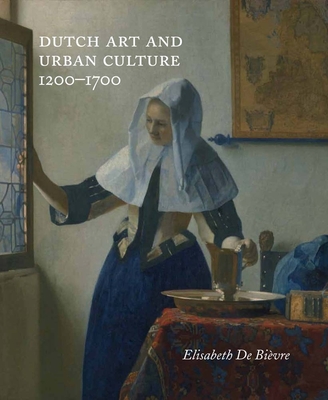 Traditionally Dutch art is seen and presented as a coherent phenomenon—the product of state formation in the late 16th century. Elisabeth de Bièvre challenges this view and its assumptions in a radical new account. Arguing that the Dutch Golden Age was far from unified, de Bièvre exposes how distinct geographical circumstances and histories shaped each urban development and, in turn, fundamentally informed the art and visual culture of individual cities.

In seven chapters, each devoted to a single city, the book follows the growth of Amsterdam, Delft, Dordrecht, Haarlem, Leiden, The Hague, and Utrecht over the course of five centuries. By embracing the full gamut of art and architecture and by drawing on the records of town histories and the writings of contemporary travelers, de Bièvre traces the process by which the visual culture of the Netherlands emerged to become the richest, most complex material expression in Europe, capturing the values of individuals, corporate entities, and whole cities.