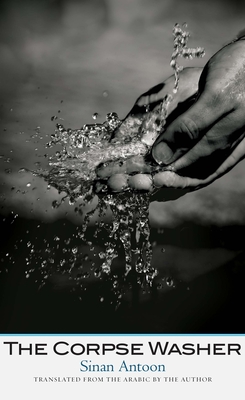 The Corpse Washer (The Margellos World Republic of Letters)

Acclaimed and celebrated in the Arab world for its vivid portrait of Iraq, this heartbreaking novel confronts the war-torn nation’s horrifying recent history

Young Jawad, born to a traditional Shi'ite family of corpse washers and shrouders in Baghdad, decides to abandon the family tradition, choosing instead to become a sculptor, to celebrate life rather than tend to death. He enters Baghdad’s Academy of Fine Arts in the late 1980s, in defiance of his father’s wishes and determined to forge his own path. But the circumstances of history dictate otherwise. Saddam Hussein’s dictatorship and the economic sanctions of the 1990s destroy the socioeconomic fabric of society. The 2003 invasion and military occupation unleash sectarian violence. Corpses pile up, and Jawad returns to the inevitable washing and shrouding. Trained as an artist to shape materials to represent life aesthetically, he now must contemplate how death shapes daily life and the bodies of Baghdad’s inhabitants.

Through the struggles of a single desperate family, Sinan Antoon’s novel shows us the heart of Iraq’s complex and violent recent history. Descending into the underworld where the borders between life and death are blurred and where there is no refuge from unending nightmares, Antoon limns a world of great sorrows, a world where the winds wail.


Praise For The Corpse Washer (The Margellos World Republic of Letters)…

"The Corpse Washer is a remarkable achievement . . . a compact masterpiece, a taut, powerful and utterly absorbing tale that, with luck, will secure Antoon a wider, more international readership."—The National
"Antoon gives us a remarkable novel that in 184 pages captures the experience of an Iraqi everyman who has lived through the war with Iran in the first half of the 1980s, the 1991 Gulf War over the Kuwaiti invasion, and then the 2003 war."—Three Percent
"Sinan Antoon’s self-translated (from Arabic) novel . . . is a book that comes bearing bittersweet gifts. The story can only be described as a tragedy of accumulated loss, but the language Antoon employs — simple, direct, fiercely poetic — is an affirmation of life and culture."—Minneapolis Star Tribune
"A powerful and important novel of the Iraq War, and a necessary counterpoint to American stories focused almost exclusively on the suffering and trauma of Iraq’s occupiers . . . Sinan Antoon’s The Corpse Washer offers a moving literary elegy not only for the numberless Iraqi dead, but also for those who remain to bury them. It must be read."—The Kenyon Review
"The strength of the novel is its rendering of a complex and human narrative of war and violence. Readers gain emotional attachment to characters and can relate to their everyday problems and the way that they are affected by war. Jawad’s story is one of deep sadness, chaos and confusion. The constant changes in time, the disconnected snippets of Jawad’s life, the constant loss and disappearance of characters and the haunting dream sequences make Jawad a very real character and his experiences understandable. The Corpse Washer is a powerful companion for anyone trying to understand the drama of post-2003 Iraq or of war in general."—Kevin Alexander Davis, Warscapes
"It is not surprising to find contemporary Iraqi writers responding, like others before them in countries fated to prolonged periods of extreme stress, with a mix of black humor and gloomily whimsical fantasy . . . Not much of such work . . . has come into English. One fine exception is The Corpse Washer, ably translated by the author himself, Sinan Antoon, a New York-based Iraqi poet."—Max Rodenbeck, New York Review of Books
Longlisted for the Independent Foreign Fiction Prize 2014
Winner of the 2014 Arab American Book Award in the fiction category, given by the Arab American National Museum
Winner of the 2014 Saif Ghobash Banipal Prize for Arabic Literary Translation
"Sinan Antoon has written a Kafkaesque fable about the fate of the body in war-torn Bagdhad, narrated by a young Shi’ite whose day-to-day job involves the ritual cleansing and shrouding of corpses in preparation for religious burial. Originally written in Arabic and translated by the author into English, the novel powerfully fuses the literality of personal fact with the allegory of communal catastrophe."—Richard Sieburth, NYU
"Unsparing, memorable and humane, The Corpse Washer evokes ritual in the midst of contemporaneity, moves from dream / nightmare to Iraqis’ daily lives made surreal and perilous by war upon war."—Marilyn Hacker, author of Names
"This is the Iraqi novel par excellence. . . . I have always wondered how anyone could write the Iraqi panorama of pain in its totality—a daunting task. One must find the perfect approach. Washing the dead is a difficult profession, but it puts us face to face with all of Iraq’s traumas. This is the best novel about the Iraqi tragedy."—al-Hayat (London)

"With his second novel Antoon has emerged as the chronicler of the Iraqi nightmare. . . . Death is the central metaphor in this beautiful and haunting work . . . faithful to the demands of weaving a good narrative, yet attentive to the brutality and pain of Iraq’s reality. . . . The first Arab novel to tackle the subject of washing and shrouding the dead and through it the genealogy of massive death in Iraq, from dictatorship to occupation and civil war . . . It narrates death and the struggle to survive, but celebrates the human spirit as well."—al-Akhbar (Beirut)

Sinan Antoon is a poet, novelist, and translator. He is associate professor at the Gallatin School, New York University, and cofounder and coeditor of the cultural page of Jadaliyya. The Corpse Washer is his second novel. He lives in New York City.
Loading...
or support indie stores by buying on