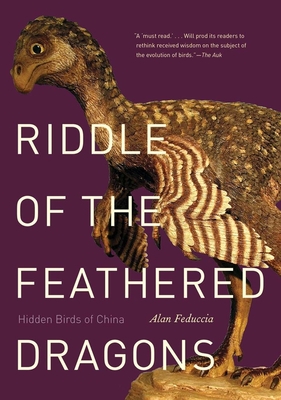 Riddle of the Feathered Dragons

Examining and interpreting recent spectacular fossil discoveries in China, paleontologists have arrived at a prevailing view: there is now incontrovertible evidence that birds represent the last living dinosaur. But is this conclusion beyond dispute? In this book, evolutionary biologist Alan Feduccia provides the most comprehensive discussion yet of the avian and associated evidence found in China, then exposes the massive, unfounded speculation that has accompanied these discoveries and been published in the pages of prestigious scientific journals.

Advocates of the current orthodoxy on bird origins have ignored contrary data, misinterpreted fossils, and used faulty reasoning, the author argues. He considers why and how the debate has become so polemical and makes a plea to refocus the discussion by “breaking away from methodological straitjackets and viewing the world of origins anew.” Drawing on a lifetime of study, he offers his own current understanding of the origin of birds and avian flight.

Alan Feduccia is S. K. Heninger Distinguished Professor Emeritus, University of North Carolina, Chapel Hill. He is the author of the award-winning The Origin and Evolution of Birds. He lives in Chapel Hill, NC.
Loading...
or support indie stores by buying on