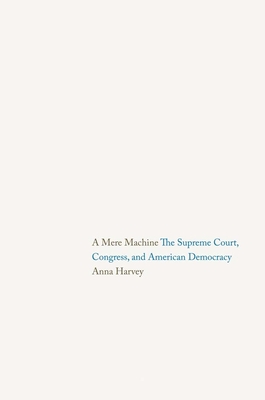 Introductory textbooks on American government tell us that the Supreme Court is independent from the elected branches and that independent courts better protect rights than their more deferential counterparts. But are these facts or myths? In this groundbreaking new work, Anna Harvey reports evidence showing that the Supreme Court is in fact extraordinarily deferential to congressional preferences in its constitutional rulings. Analyzing cross-national evidence, Harvey also finds that the rights protections we enjoy in the United States appear to be largely due to the fact that we do not have an independent Supreme Court. In fact, we would likely have even greater protections for political and economic rights were we to prohibit our federal courts from exercising judicial review altogether. Harvey’s findings suggest that constitutional designers would be wise to heed Thomas Jefferson’s advice to “let mercy be the character of the law-giver, but let the judge be a mere machine.”

Anna Harvey is associate professor of political science at New York University.
Loading...
or support indie stores by buying on