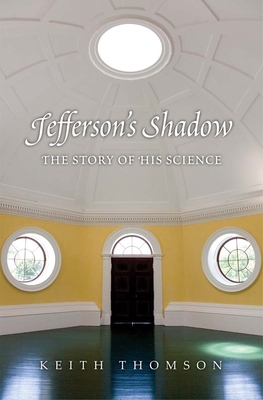 The Story of His Science

A unique account of Thomas Jefferson's passion for science, the influence of science on his vision for America, and the amazing extent of his scientific contributions

In the voluminous literature on Thomas Jefferson, little has been written about his passionate interest in science. This new and original study of Jefferson presents him as a consummate intellectual whose view of science was central to both his public and his private life. Keith Thomson reintroduces us in this remarkable book to Jefferson's eighteenth-century world and reveals the extent to which Jefferson used science, thought about it, and contributed to it, becoming in his time a leading American scientific intellectual.

With a storyteller's gift, Thomson shows us a new side of Jefferson. He answers an intriguing series of questions—How was Jefferson's view of the sciences reflected in his political philosophy and his vision of America's future? How did science intersect with his religion? Did he make any original contributions to scientific knowledge?—and illuminates the particulars of Jefferson's scientific endeavors. Thomson discusses Jefferson's theories that have withstood the test of time, his interest in the practical applications of science to societal problems, his leadership in the use of scientific methods in agriculture, and his contributions toward launching at least four sciences in America: geography, paleontology, climatology, and scientific archaeology. A set of delightful illustrations, including some of Jefferson's own sketches and inventions, completes this impressively researched book.

Keith Thomson is executive officer at the American Philosophical Society and professor emeritus of natural history at the University of Oxford.
Loading...
or
Not Currently Available for Direct Purchase