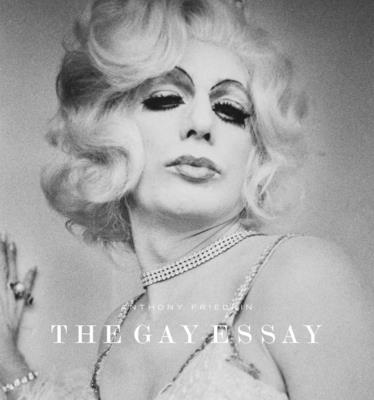 For more than forty years, American photographer Anthony Friedkin (b. 1949), creating full-frame black-and-white images, has documented people, cities, and landscapes primarily in his home state of California. During the culturally tumultuous years of 1969 and 1970, Friedkin made a series of photographs that together offer an eloquent and expressive visual chronicle of the gay communities of Los Angeles and San Francisco at the time. This is the first book to explore the series, titled The Gay Essay, in depth, within the broader historical context that gave rise to it.

1969 witnessed the Stonewall riots in New York City and was a turning point in the history of community building and organized political activism among homosexuals in the United States.  The Gay Essay provides a singular, intimate record of this crucial moment. Friedkin’s portraits, taken in streets, hotels, bars, and dancehalls, demonstrate a sensitivity and an understanding that has imbued the photographs with an enduring resonance. This handsome book features seventy-five full-page plates and is accompanied by engaging essays and a poem by Eileen Myles.

"This photographic essay captures the poignancy and exuberance of those wildly free and creative years before the AIDS crisis. The 75 black-and-white photos combined yield a surprisingly subtle, and all the more vivid, documentation of an era and community."—Publishers Weekly
— Publishers Weekly

Julian Cox is the founding curator of photography and chief administrative curator at the Fine Arts Museums of San Francisco. Nayland Blake is an artist, writer, and educator, and is chair of the ICP-Bard Program in Advanced Photographic Studies at the International Center of Photography, New York. Eileen Myles is a New York-based poet, whose recent books include Snowflake/different streets and Inferno.