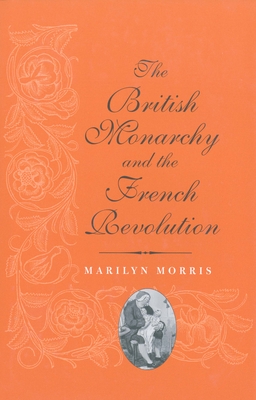 The British Monarchy and the French Revolution

What prevented revolution in Britain during the French revolutionary era? How did George III’s monarchy withstand republican challenges? This book examines the British monarchy—and the values, beliefs, and images attached to it—during the contentious decade of the 1790s. Through a wide-ranging exploration of loyalist and reform propaganda, newspapers, political caricatures, sermons, and records of prosecution for sedition and treason, Marilyn Morris arrives at a new perspective on the forces of social stability in Britain that prevented revolution and preserved the Crown.

Morris reassesses the significance of the ideological exchange in Britain during the French revolutionary period, showing that the so-called failure of the reform movement did not result simply from a stubborn disregard for the reality of the situations in France and Britain. She considers the problems created for reformers by the government’s exaggeration of the threat to the monarchy, as well as the influence that reformist arguments had on loyalist ideology. The monarchy, though tradition-bound, continually had to reinvent itself, Morris contends, and its modern incarnation emerged in the later years of George’s reign with a style stressing personality, empathy, and domesticity, and a legitimacy based on the monarchy’s embodiment of the nation’s history. Morris’s analysis of the monarchy’s image and its incorporation into political argument during a time of upheaval provides new insight into the ways different institutions of the state protected and supported one another. Her discussion also places in perspective speculation about the imminent demise of the monarchy in the 1990s.

Marilyn Morris is associate professor of history at the University of North Texas.