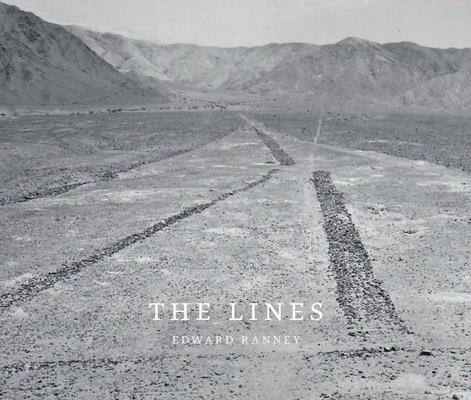 Edward Ranney (b. 1942) is one of the most distinguished photographers of the Peruvian landscape. In 1985 Ranney began photographing the Nazca lines, a series of monumental geoglyphs that stretch across an arid plateau in southern Peru. Created by the Nazca culture more than 2,000 years ago, the lines have perplexed archeologists and inspired scores of visual artists. While most clearly seen from the air in a plane or helicopter, these lines offer an even more awe-inspiring experience when viewed from the ground—Ranney’s chosen vantage for his large-format photographs.

Two decades of work on these lines in Peru and on similar glyphs found in northern Chile are brought together for the first time in this handsome volume, revealing the enigmatic beauty of these ancient manmade landforms. An illuminating essay by esteemed critic Lucy R. Lippard situates Ranney’s work within the context of landscape photography and contemporary art.

Praise For The Lines…

“It’s rare to find a body of photographs that is admired by and useful to both artists and scientists and all the lay people in between. But that is where Ranney’s work sits. . . . Yale has done a splendid job of making that abundantly clear in a gem of a book.”—William L. Fox, PhotoEye
— William L. Fox

“Traveling in Peru as well as in Chile with archaeologists and local guides, [Ranney’s] perspective in black and white gives [the Nazca Lines] a majesty and mystery similar to early landscape photographers like Carleton Watkins.”—Allison Meier, Hyperallergic
— Allison Meier

Edward Ranney is a noted landscape photographer based in Santa Fe. Lucy R. Lippard is a writer, critic, activist, and curator based in Galisteo, New Mexico.
Loading...
or
Not Currently Available for Direct Purchase