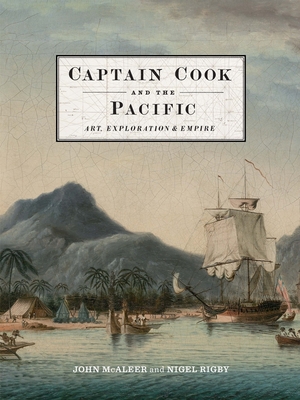 Captain Cook and the Pacific (Hardcover)

British Royal Navy Captain James Cook’s voyages of exploration across and around the Pacific Ocean were a marvel of maritime achievement, and provided the first accurate map of the Pacific. The expeditions answered key scientific, economic, and geographic questions, and inspired some of the most influential images of the Pacific made by Europeans.  Now readers can immerse themselves in the adventure through the collections of London’s National Maritime Museum, which illuminate every aspect of the voyages: oil paintings of lush landscapes, scientific and navigational instruments, ship plans, globes, charts and maps, rare books and manuscripts, coins and medals, ethnographic material, and personal effects. Each artifact holds a story that sheds light on Captain Cook, the crews he commanded, and the effort’s impact on world history. Showcasing one of the richest resources of Cook-related material in the world, this publication invites readers to engage with the extraordinary voyages—manifested in material culture—and their continuing significance today.