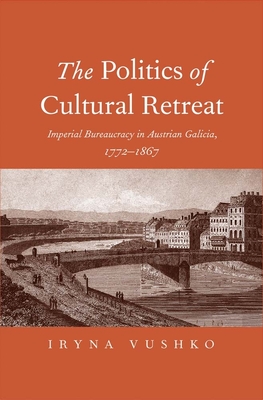 The Politics of Cultural Retreat

An illuminating history of state-building, nationalism, and bureaucracy, this book tells the story of how an international cohort of Austrian officials from Bohemia, Hungary, the Hapsburg Netherlands, Italy, and several German states administered Galicia from its annexation from Poland-Lithuania in 1772 until the beginning of Polish autonomy in 1867. Historian Iryna Vushko examines the interactions between these German-speaking bureaucrats and the local Galician population of Poles, Ukrainians, and Jews. She reveals how Enlightenment-inspired theories of modernity and supranational uniformity essentially backfired, ultimately bringing about results that starkly contradicted the original intentions and ideals of the imperial governors.

Praise For The Politics of Cultural Retreat: Imperial Bureaucracy in Austrian Galicia, 1772-1867…

"Uniting careful institutional history with a keen eye for the telling personal detail, and always attuned to the unintended consequence as well as the careful plan, Vushko bridges, with this impressive piece of scholarship, the elite ambitions of
the political enlightenment with the democratic aspirations of the age of nationalism that followed."—Timothy Snyder, author of Bloodlands: Europe Between Hitler and Stalin
— Timothy Snyder

“The book is going to be very important and takes on big gaps in our understanding of very salient questions in both historical and contemporary terms: the hard-to-pin down connections between individuals, communities, and institutions; the nature of administrative power or the lack thereof; the fluidity and contingency of identity; the gap between political agenda and reality.”—Rita Krueger, Temple University
— Rita Krueger

“The Politics of Cultural Retreat goes beyond the traditional approaches to Ukrainian history and does more for the understanding of the history of Galicia than many studies focused exclusively at one of region’s main nationalities.”—Serhii Plokhii, Harvard University
— Serhii Plokhii

Iryna Vushko is assistant professor of history at Hunter College, City University of New York. She lives in New York.
Loading...
or
Not Currently Available for Direct Purchase