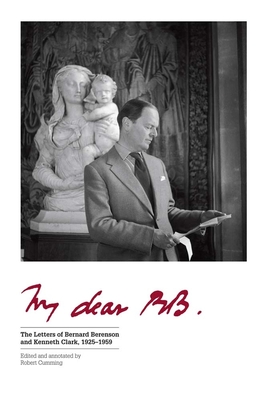 The Letters of Bernard Berenson and Kenneth Clark, 1925–1959

In 1925, the 22-year-old Kenneth Clark (1903–1983) and the legendary art critic and historian Bernard Berenson (1865–1959) met in Italy. From that moment, they began a correspondence that lasted until Berenson’s death at age 94. This book makes available, for the first time, the complete correspondence between two of the most influential figures in the 20th-century art world, and gives a new and unique insight into their lives and motivations. The letters are arranged into ten chronological sections, each accompanied by biographical details and providing the context for the events and personalities referred to. They were both talented letter writers: informative, spontaneous, humorous, gossipy, and in their frequent letters they exchanged news and views about art and politics, friends and family life, collectors, connoisseurship, discoveries, books read and written, and travel. Berenson advised Clark on his blossoming career, warning against the museum and commercial art worlds while encouraging his promise as a writer and interpreter of the arts. Above all, these letters trace the development of a deep and intimate friendship.

‘Robert Cumming’s informative and shrewd linking commentaries, footnoted glosses and lively biographical appendix all enhance and illuminate the letters. There a skittish touches that are thoroughly endearing. He lets the correspondence’s ‘evolving continuity’ stand as an ‘authentic testimony’.’—Richard Davenport-Hines, Literary Review.

“Serves not only as a record of the friendship of these two giants but as a cultural chronicle of an era.”—Robert B. Simon, Burlington
— Robert B. Simon