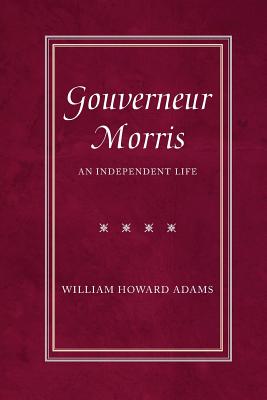 A plainspoken, racy patrician who distrusted democracy but opposed slavery and championed freedom for all minorities, an important player in the American Revolution, later an astute critic of the French Revolution, Gouverneur Morris remains an enigma among the founding generation. This comprehensive, engrossing biography tells his robust story, including his celebrated love affairs during his long stay in Europe. Morris’s public record is astonishing. One of the leading figures of the Constitutional Convention, he put the Constitution in its final version, including its opening Preamble. As Washington’s first minister to Paris, he became America’s most effective representative in France. A successful, international entrepreneur, he understood the dynamics of commerce in the modern world. Frankly cosmopolitan, he embraced city life as a creative center of civilization and had a central role in the building of the Erie Canal and in laying out the urban grid plan of Manhattan. William Howard Adams describes Morris’s many contributions, talents, sophistication, and wit, as well as his romantic liaisons, free habits, and free speech. He brings to life a fascinating man of great stature, a founding father who receives his due at last.

William Howard Adams is also the author of The Paris Years of Thomas Jefferson, published by Yale University Press.