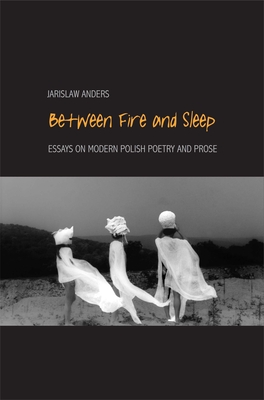 Between Fire and Sleep

Twentieth-century Polish literature is often said to be a “witness to history,” a narrative of the historical and political disasters that visited the nation. In this insightful book, Jaroslaw Anders examines Poland’s modern poetry and fiction and explains that the best Polish writing of the period 1918-1989 was much more than testimony. Rather, it constantly transformed historical experience into metaphysical reflection, a philosophical or religious exploration of human existence.

Anders analyzes and contextualizes the work of nine modern Polish writers. These include the “three madmen” of the interwar period—Schulz, Gombrowicz, and Witkiewicz, whom he calls the fathers of Polish modernist prose; the great poets of the war generation—Milosz, Herbert, and Szymborska; Herling-Grudzinski and Konwicki, with their dark philosophical subtexts; and the mystical-ecstatic poet Zagajewski. A collection of essays representing Anders’s thinking over several decades, Between Fire and Sleep offers a fresh understanding of modern Polish literature and cultural identity.

Jaroslaw Anders has served as editor, writer, broadcaster, and producer for Voice of America since 1984. He has translated several books from English into Polish and from Polish into English. He lives in Washington, D.C.