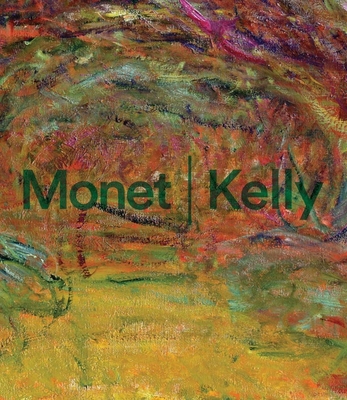 Early in his career, Ellsworth Kelly (b. 1923) spent six formative years (1948–54) in France, where he discovered the late work of the Impressionist painter Claude Monet (1840–1926). Visits to the remote island of Belle-Île off the coast of Brittany in 1949 and a visit to Monet’s house and studio in Giverny in 1952 inspired a series of drawings, as well as Kelly’s first monochrome work, Tableau Vert. Kelly returned to France on subsequent journeys in 1965, 2000, and 2005, visiting Belle-Île again and Provence, continuing to draw motifs depicted by Monet, as well as by Cézanne and Matisse. This publication includes two paintings and eighteen unpublished drawings by Kelly, bringing them together with nine paintings by Monet from his Belle-Île series and from his garden in Giverny. All the works have been selected by Ellsworth Kelly himself. Essays by Yve-Alain Bois and Sarah Lees explore the significance of Kelly’s work from this key moment in his career and the significance of the later paintings of Monet.

Yve-Alain Bois is an independent scholar specializing in 20th-century European and American art. Sarah Lees is the Ruth G. Hardman Curator of European Art at the Philbrook Museum of Art.
Loading...
or
Not Currently Available for Direct Purchase