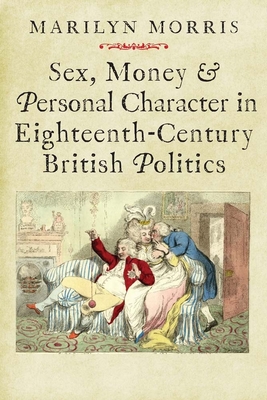 How, and why, did the Anglo-American world become so obsessed with the private lives and public character of its political leaders? Marilyn Morris finds answers in eighteenth-century Britain, when a long tradition of court intrigue and gossip spread into a much broader and more public political arena with the growth of political parties, extra-parliamentary political activities, and a partisan print culture.

The public’s preoccupation with the personal character of the ruling elite paralleled a growing interest in the interior lives of individuals in histories, novels, and the theater. Newspaper reports of the royal family intensified in intimacy and its members became moral exemplars—most often, paradoxically, when they misbehaved. Ad hominem attacks on political leaders became commonplace; politicians of all affiliations continued to assess one another’s characters based on their success and daring with women and money. And newly popular human-interest journalism promoted the illusion that the personal characters of public figures could be read by appearances.

Marilyn Morris is associate professor of history at the University of North Texas and the author of The British Monarchy and the French Revolution.
Loading...
or
Not Currently Available for Direct Purchase