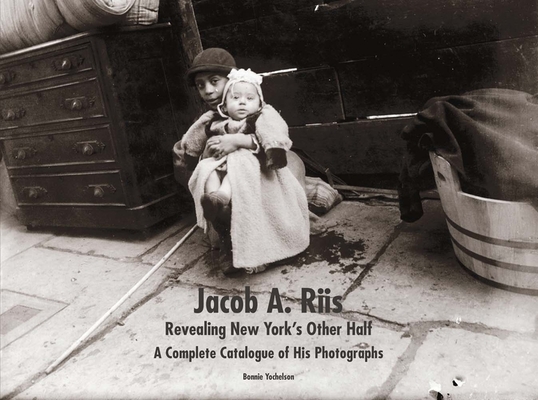 Revealing New York's Other Half: A Complete Catalogue of His Photographs

Danish-born Jacob A. Riis (1849–1914) found success in America as a reporter for the New York Tribune, first documenting crime and later turning his eye to housing reform. As tenement living conditions became unbearable in the wake of massive immigration, Riis and his camera captured some of the earliest, most powerful images of American urban poverty.

This important publication is the first comprehensive study and complete catalogue of Riis’s world-famous images, and places him at the forefront of early-20th-century social reform photography. It is the culmination of more than two decades of research on Riis, assembling materials from five repositories (the Riis Collection at the Museum of the City of New York, the Library of Congress, the New-York Historical Society, the New York Public Library, and the Museum of South West Jutland, Denmark) as well as previously unpublished photographs and notes. In this handsome volume, Bonnie Yochelson proposes a novel thesis—that Riis was a radical publicist who utilized photographs to enhance his arguments, but had no great skill or ambition as a photographer. She also provides important context for understanding how Riis’s work would be viewed in turn-of-the-century New York, whether presented in lantern slide lectures or newspapers.


Praise For Jacob A. Riis: Revealing New York's Other Half: A Complete Catalogue of His Photographs…

"Jacob Riis’s late-19th-century admonition that the battle against the slum began only when conscience joined forces with fear and self-interest still resonates with modern readers in a gripping anthology of his original photographs."—Sam Roberts, The New York Times, Bookshelf section

Bonnie Yochelson is former curator of prints and photographs at the Museum of the City of New York, and an art historian specializing in photography.
Loading...
or
Not Currently Available for Direct Purchase