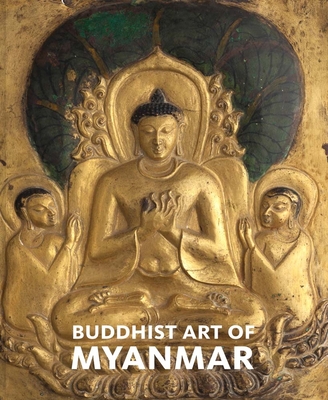 A stunning showcase of exceptional and rare works of Buddhist art, presented to the international community for the first time

The practice of Buddhism in Myanmar (Burma) has resulted in the production of dazzling objects since the 5th century. This landmark publication presents the first overview of these magnificent works of art from major museums in Myanmar and collections in the United States, including sculptures, paintings, textiles, and religious implements created for temples and monasteries, or for personal devotion. Many of these pieces have never before been seen outside of Myanmar.

Accompanied by brilliant color photography, essays by Sylvia Fraser-Lu, Donald M. Stadtner, and scholars from around the world synthesize the history of Myanmar from the ancient through colonial periods and discuss the critical links between religion, geography, governance, historiography, and artistic production. The authors examine the multiplicity of styles and techniques throughout the country, the ways Buddhist narratives have been conveyed through works of art, and the context in which the diverse objects were used. Certain to be the essential resource on the subject, Buddhist Art of Myanmar illuminates two millennia of rarely seen masterpieces.

Sylvia Fraser-Lu has published widely on Southeast Asian art and Myanmar art in particular, including books on Myanmar crafts and Buddhist monasteries. Donald M. Stadtner is the author of books on ancient Pagan and sacred sites of Myanmar.
or
Not Currently Available for Direct Purchase
Copyright © 2020 American Booksellers Association