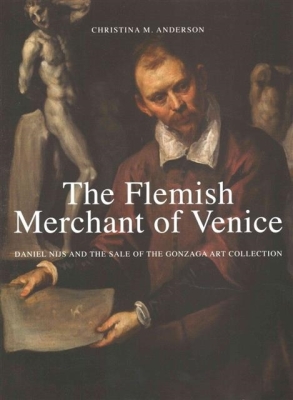 The Flemish Merchant of Venice

Daniel Nijs and the Sale of the Gonzaga Art Collection

During the years 1627 and 1628, Charles I of England purchased the cream of the Gonzaga art collection, belonging to the dukes of Mantua, in what would become the greatest art deal of the 17th century. Among the treasures sold were ancient statues and stunning paintings by Titian, Raphael, Correggio, and Rubens. This book examines this fascinating and significant art sale from the perspective of the man who orchestrated it—Daniel Nijs (1572–1647), a Flemish merchant, collector, and dealer living in Venice. Christina M. Anderson brings Nijs to life, asserting that he was more than the avaricious and unscrupulous trader that most modern writers and scholars deem him to be. Anderson’s evocative text describes Nijs’s unique talent as a dealer, rooted in superior commercial skills, connections to artistic and diplomatic circles, and a deep love of art. The narrative reveals that Nijs was ultimately the pivotal figure involved with the Gonzaga sale, though also—when he later fell into bankruptcy and dishonor due to a deal gone awry—the most tragic.

Christina M. Anderson is a British Academy postdoctoral fellow in the history faculty at the University of Oxford and the research fellow in the study of collecting at the Ashmolean Museum.