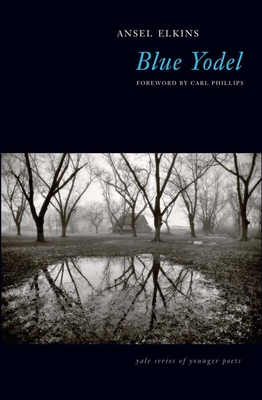 Winner of the 2014 Yale Series of Younger Poets prize

Originated in 1919 to showcase the works of exceptional American poets under the age of forty, the Yale Series of Younger Poets prize is the oldest annual literary award presented in the United States. Ansel Elkins’s poetry collection, Blue Yodel, is the 109th volume to be so honored. Esteemed poet and competition judge Carl Phillips praises Elkins for her “arresting use of persona,” calling her poems “razor-edged in their intelligence, Southern Gothic in their sensibility.”

In her imaginative and haunting debut collection, Elkins introduces readers to a multitude of characters whose “otherness” has condemned them to live on the margins of society. She weaves blues, ballads, folklore, and storytelling into an intricate tapestry that depicts the violence, poverty, and loneliness of the Deep South, as well as the compassion, generosity, and hope that brings light to people in their darkest times. The blue yodel heard throughout this diverse compilation is a raw, primal, deeply felt expression of the human experience, calling on us to reach out to the isolated and disenfranchised and to find the humanity in every person.

Ansel Elkins was educated at Sarah Lawrence College and the University of North Carolina at Greensboro. Her work has appeared in The American Scholar, The Believer, Oxford American, Parnassus, and others.She lives in Greensboro, NC.
Loading...
or
Not Currently Available for Direct Purchase