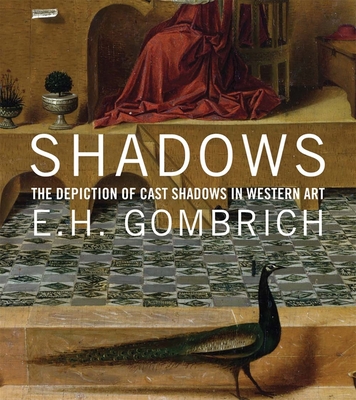 The Depiction of Cast Shadows in Western Art

In this intriguing book, E.H. Gombrich, who was one of the world’s foremost art historians, traces how cast shadows have been depicted in Western art through the centuries. Gombrich discusses the way shadows were represented—or ignored—by artists from the Renaissance to the 17th century and then describes how Romantic, Impressionist, and Surrealist artists exploited the device of the cast shadow to enhance the illusion of realism or drama in their representations. First published to accompany an exhibition at the National Gallery, London, in 1995, it is reissued here with additional color illustrations and a new introduction by esteemed scholar Nicholas Penny. It is also now available as an enhanced eBook, with zoomable images and accompanying film footage.

E.H. Gombrich (1909–2001) was director of the Warburg Institute, London, from 1959 until his retirement in 1976. Author of the international bestsellers The Story of Art and A Little History of the World, he received a knighthood in 1972 and the Order of Merit in 1988. Nicholas Penny is director of the National Gallery, London.
Loading...
or
Not Currently Available for Direct Purchase