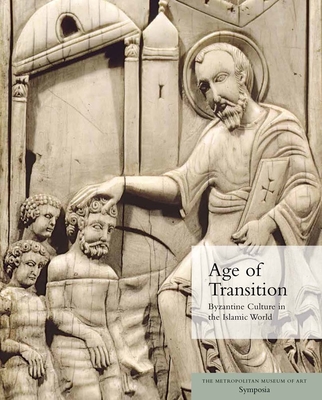 Byzantine Culture in the Islamic World

In 2012 the Metropolitan Museum of Art presented Byzantium and Islam: Age of Transition, a groundbreaking exhibition that explored the transformations and continuities in the Byzantine Empire from the 7th to the 9th century. During this time of historic upheaval, Christian and Jewish communities encountered the world of Islam, resulting in unprecedented cross-cultural exchange. The catalogue for Byzantium and Islam received the 2014 World Book Award as the best new book on Islamic studies, presented by the Islamic Republic of Iran’s Ministry of Culture and Religious Guidance. This new volume expands upon the subject, bringing together eleven papers by internationally distinguished scholars delivered in symposia and Scholars' Days during the exhibition, with a new introduction by Helen C. Evans. These writings provide new information about the impact of Byzantine culture, both Christian and Jewish, during the development and early years of Islamic rule in the eastern Mediterranean and across North Africa, and reconsider traditional concepts about the origin of Islamic art.

Helen C. Evans is the Mary and Michael Jaharis Curator for Byzantine Art, The Metropolitan Museum of Art.
Loading...
or
Not Currently Available for Direct Purchase