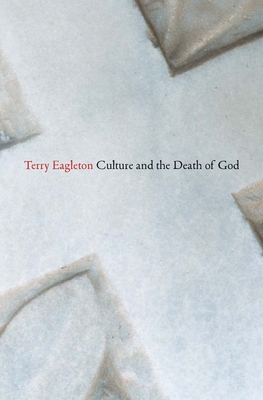 Culture and the Death of God (Paperback)

How to live in a supposedly faithless world threatened by religious fundamentalism? Terry Eagleton, formidable thinker and renowned cultural critic, investigates in this thought-provoking book the contradictions, difficulties, and significance of the modern search for a replacement for God. Engaging with a phenomenally wide range of ideas, issues, and thinkers from the Enlightenment to today, Eagleton discusses the state of religion before and after 9/11, the ironies surrounding Western capitalism’s part in spawning not only secularism but also fundamentalism, and the unsatisfactory surrogates for the Almighty invented in the post-Enlightenment era.

The author reflects on the unique capacities of religion, the possibilities of culture and art as modern paths to salvation, the so-called war on terror’s impact on atheism, and a host of other topics of concern to those who envision a future in which just and compassionate communities thrive. Lucid, stylish, and entertaining in his usual manner, Eagleton presents a brilliant survey of modern thought that also serves as a timely, urgently needed intervention into our perilous political present.

Praise For Culture and the Death of God…

"A tour-de-force survey of the changing relation of culture and religion."—Publishers Weekly
"In this rich, complex work . . . Eagleton deftly explores the shifting relationships among reason, religion, culture, myth, art, tragedy and the modern sensibility of the absurd, all expressed with a dry wit and provocative epigrams. . . . Now that the West is colliding with a resurgent Islam for which God is very much alive, Eagleton’s insights are particularly timely."—Kirkus Reviews
"If Terry Eagleton didn't exist, it would be necessary to invent him."—Simon Critchley, author of The Book of Dead Philosophers
"The central virtue of Eagleton's reliably witty and erudite story of culture and politics in Western thought is the insistence on how difficult, and how rare, genuine atheism is. No one interested in the seemingly endless 'God debate' can ignore this book, which briskly surveys more than three centuries of intellectual discourse about democracy and the divine, and then ends with a well-turned, provocative snarl."—Mark Kingwell, author of Unruly Voices: Essays on Democracy, Civility and the Human Imagination