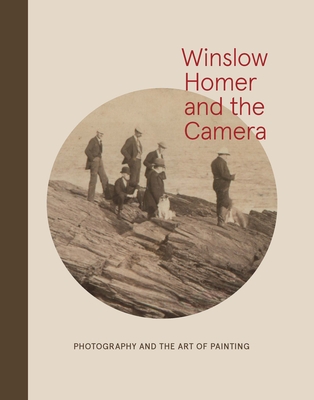 Winslow Homer and the Camera (Hardcover)

Photography and the Art of Painting

A revelatory exploration of Winslow Homer’s engagement with photography, shedding new light on his celebrated paintings and works on paper

One of the greatest American painters of the 19th century, Winslow Homer (1836–1910) also maintained a deep engagement with photography throughout his career. Focusing on the important, yet often-overlooked, role that photography played in Homer’s art, this volume exposes Homer’s own experiments with the camera (he first bought one in 1882). It also explores how the medium of photography and the larger visual economy influenced his work as a painter, watercolorist, and printmaker at a moment when new print technologies inundated the public with images. Frank Goodyear and Dana Byrd demonstrate that photography offered Homer new ways of seeing and representing the world, from his early commercial engravings sourced from contemporary photographs to the complex relationship between his late-career paintings of life in the Bahamas, Florida, and Cuba and the emergent trend of tourist photography. The authors argue that Homer’s understanding of the camera’s ability to create an image that is simultaneously accurate and capable of deception was vitally important to his artistic practice in all media. Richly illustrated and full of exciting new discoveries, Winslow Homer and the Camera is a long-overdue examination of the ways in which photography shaped the vision of one of America’s most original painters.


Praise For Winslow Homer and the Camera: Photography and the Art of Painting…

“a significant contribution to the study of Winslow Homer and the cross-disciplinary study of painters and photography in American Art.”—City Suburban News
“One of the giants of American painting in the nineteenth century, Winslow Homer also had a fascination with lens and shutter. The images he captured on trips to Florida, the Bahamas, and Cuba inspired his late-career paintings of tropical life.”—CJ Lotz, Garden & Gun
A 2019 Book Awards Finalist - New England Society in the City of New York