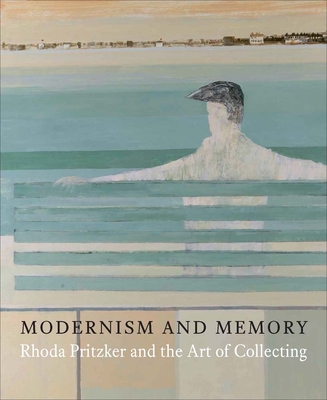 Rhoda Pritzker and the Art of Collecting

This book is a glorious celebration of Rhoda Pritzker’s collection of 20th-century British art, much of which has been donated to the Yale Center for British Art. Pritzker, who was born in Manchester in1914 and emigrated to the United States during the Blitz, was an avid and daring collector of paintings, sculptures, and drawings. Keen to support artists whose reputations were still emerging, and loyal to no single school or style, she developed a unique and impressively diverse collection. While Pritzker most actively purchased pieces in the 1950s and 1960s, her collection offers a fascinating window onto postwar artistic production. Beautifully illustrated, this catalogue features a number of unpublished works and archival materials. Among the artists discussed are key figures, including L. S. Lowry, Barbara Hepworth, Anthony Caro, and Henry Moore, as well as lesser-known artists. The texts elucidate the factors that made Pritzker’s method of collecting so singular—namely her relationship to an evolving transatlantic artistic community and the deeply personal nature of the works she procured.

Praise For Modernism and Memory: Rhoda Pritzker and the Art of Collecting…

“Her collection as a whole makes the good point that the story of art can be compelling in its byways as well as its highways.”—Patrick McCaughey, Times Literary Supplement
— Patrick McCaughey

Ian Collins is a curator and independent art writer. Eleanor Hughes is deputy director for Art & Program at the Walters Art Museum and former associate director of Exhibitions and Publications at the Yale Center for British Art.
Loading...
or
Not Currently Available for Direct Purchase