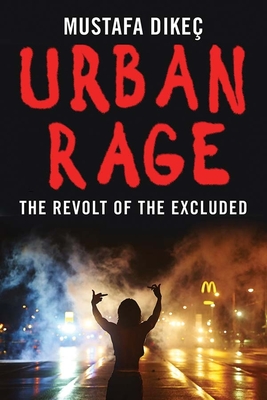 The Revolt of the Excluded

In the past few decades, urban riots have erupted in democracies across the world. While high profile politicians often react by condemning protestors’ actions and passing crackdown measures, urban studies professor Mustafa Dikeç shows how these revolts are in fact rooted in exclusions and genuine grievances which our democracies are failing to address. In this eye-opening study, he argues that global revolts may be sparked by a particular police or government action but nonetheless are expressions of much longer and deep seated rage accumulated through hardship and injustices that have become routine.

Increasingly recognized as an expert on urban unrest, Dikeç examines urban revolts in the United States, United Kingdom, France, Sweden, Greece, and Turkey and, in a sweeping and engaging account, makes it clear that change is only possible if we address the failures of democratic systems and rethink the established practices of policing and political decision-making.

Mustafa Dikeç is professor of urban studies at the Université Paris-Est and Malmö University. He is the author of Badlands of the Republic and Space, Politics and Aesthetics. He lives in both Paris and Malmö.

Praise For Urban Rage: The Revolt of the Excluded…

“Through a journey of protests in cities across continents, Dikeç shows that urban rage is the legacy of past injustices periodically resurrected, a product of sociostructural roots in the age of finance capital and transmitted through sustained urban poverty dooming generation after generation.”—Choice
“This book lays bare the problems of the excluded groups and seeks to explain their existence and persistence. . . . His plea is for agencies of state not to rely on pathological explanations, but to recognize the need for liberal democracies to return to their basic values of fairness and equality. This case is well made and should be heeded.”—David T. Herbert, Criminal Law and Criminal Justice Books
“Urban Rage lays out in compelling detail an argument for understanding urban unrest in the contemporary era. Anyone interested in the fate of cities, and especially the people in them, needs to read this book. Excellent, highly accessible, and at times humorous even as it is always deadly serious.”—Don Mitchell, author of The Right to the City
“These comparative case-studies, richly detailed and attentive to local conditions, overthrow the hoary stereotype of the irrational mob.  Read carefully and you’ll begin to understand the rationality of urban revolts"—perhaps even their necessity in our gilded world.”—Mike Davis, author of City of Quartz: Excavating the Future in Los Angeles
“An excellent transatlantic contextualization of recent urban protest.”—Göran Therborn, University of Cambridge, author of Cities of Power
“Brilliantly cutting across the North Atlantic, Mustafa Dikeç repositions the cities of the West within the long histories of colonialism and imperialism and reminds us that these wars are not over.  Urban Ragethus raises profoundly important questions about the urgent aspirations of our time: emancipation, justice, and humanity. A beautiful book.”—Ananya Roy, author of Poverty Capital