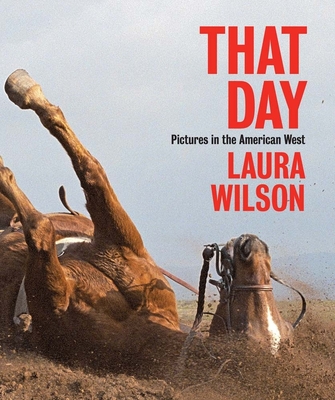 Pictures in the American West

“Rather than the proverbial melting pot, Wilson asks us to recognize a West that is at least a place where, against a backdrop of aridity and expansive space, diverse lives can and do coexist.” —John Rohrbach

Renowned photographer Laura Wilson has captured the majesty, as well as the tragedy, of her home region of Texas and the wider West for more than three decades. A former assistant to Richard Avedon, she has published her work to wide acclaim over the past twenty-five years. As seen in this extraordinary book, Wilson’s subjects range from legendary West Texas cattle ranches to impoverished Plains Indian reservations to lavish border-town cotillions. Also featured are compelling portraits of artists who are associated with the region, including Donald Judd, Ed Ruscha, and Sam Shepard.

The unforgettable images in That Day, most of which are previously unpublished, tell sharply drawn stories of the people and places that have shaped, and continue to shape, the nation’s most dynamic and unyielding land. Text from Wilson’s journals accompanies the photographs, recalling her personal experiences behind the camera at the moment when a particular image was captured. With her incisive eye, Wilson casts a fresh light on the West—a topic of enduring fascination.

Praise For That Day: Pictures in the American West…

"Laura Wilson has an ever-searching eye for the bleak beauty of he West—and for its bleak reality, too. These singular photographs mirror her admiration for the stubborn strength of those who occupy such hard places. It’s a remarkable book."—Larry McMurtry

"This volume presents a series of fascinating photographic essays by photographer Wilson that capture the majesty, as well as the tragedy, of the contemporary West."—Publishers Weekly

Laura Wilson is a photographer. John Rohrbach is senior curator of photographs at the Amon Carter Museum of American Art.
Loading...
or
Not Currently Available for Direct Purchase