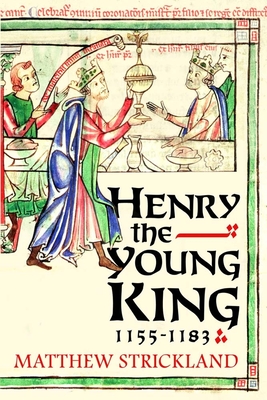 This first modern study of Henry the Young King, eldest son of Henry II but the least known Plantagenet monarch, explores the brief but eventful life of the only English ruler after the Norman Conquest to be created co-ruler in his father’s lifetime. Crowned at fifteen to secure an undisputed succession, Henry played a central role in the politics of Henry II’s great empire and was hailed as the embodiment of chivalry. Yet, consistently denied direct rule, the Young King was provoked first into heading a major rebellion against his father, then to waging a bitter war against his brother Richard for control of Aquitaine, dying before reaching the age of thirty having never assumed actual power. In this remarkable history, Matthew Strickland provides a richly colored portrait of an all-but-forgotten royal figure tutored by Thomas Becket, trained in arms by the great knight William Marshal, and incited to rebellion by his mother Eleanor of Aquitaine, while using his career to explore the nature of kingship, succession, dynastic politics, and rebellion in twelfth-century England and France.

An expert on political culture, chivalry, and medieval warfare, Matthew Strickland is professor of medieval history at the University of Glasgow, Scotland.

'In Matthew Strickland’s study of King Henry, royal son of Henry II and Eleanor of Aquitaine, we have not just the fascinating narrative of a flawed hero’s turbulent life but also a brilliant analysis of the culture of politics at the Angevin court.' - John Gillingham, author of Richard I
— John Gillingham

“[Henry] was at the centre of European politics, as Matthew Strickland’s excellent biography (the first book length study for nearly a century) demonstrates… Drawing his considerable expertise in the Angevin world and on close engagement with his source materia, Strickland paints a compelling portrait of the Young King as a flawed hero.”—Katherine Harvey, TLS
— Katherine Harvey

“Strickland’s book is a marvellous act of recovery of a mostly forgotten life, and a recreation of a world veering between elaborate chivalry and uncompromising realpolitik… enriches our understanding of the Middle Ages, and to banish once and for all the notion that this was a time any less sophisticated, cultured — or more mindlessly violent — than our own.”—David Horspool, Spectator
— David Horspool

“Strickland’s deeply researched, richly textured work will be of enormous value to specialists, while general readers will also find much to enjoy in a commendably lucid and entertaining book.”—Thomas Asbridge, BBC History
— Thomas Asbridge

“Prof. Strickland is too good and balanced a historian to be seduced by the glamour and poignancy of the Young King’s story. The young man’s faults are never ignored, they are simply contextualised and explained better than any previous author has done.”—David Crouch, Reviews in History
— David Crouch

“Strickland expertly addresses this imbalanced legacy, building on his previous work to argue that Henry’s role in twelfth-century Angevin politics is not only more complex than has been previously considered, but is also crucial to understanding the nature of events at the time . . . in renegotiating familiar source material, Strickland has provided readers with a fresh picture of an important Medieval figure who has long been deserving of such an excellent biography.”—Thomas Chadwick, Royal Studies
— Thomas Chadwick
or
Not Currently Available for Direct Purchase
Copyright © 2020 American Booksellers Association