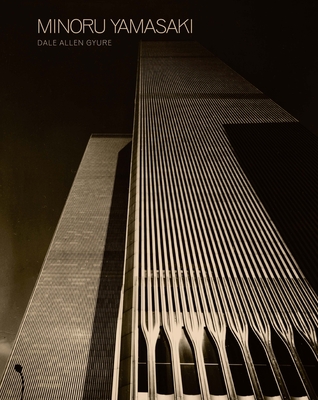 Humanist Architecture for a Modernist World

Born to Japanese immigrant parents in Seattle, Minoru Yamasaki (1912–1986) became one of the towering figures of midcentury architecture, even appearing on the cover of Time magazine in 1963. His self-proclaimed humanist designs merged the modern materials and functional considerations of postwar American architecture with traditional elements such as arches and colonnades. Yamasaki’s celebrated and iconic projects of the 1950s and ’60s, including the Lambert–St. Louis Airport and the U.S. Science Pavilion in Seattle, garnered popular acclaim.

Despite this initial success, Yamasaki’s reputation began to decline in the 1970s with the mixed critical reception of the World Trade Center in New York, one of the most publicized projects in the world at the time, and the spectacular failure of St. Louis’s Pruitt-Igoe Apartments, which came to symbolize the flaws of midcentury urban renewal policy. And as architecture moved in a more critical direction influenced by postmodern theory, Yamasaki seemed increasingly old-fashioned. In the first book to examine Yamasaki’s life and career, Dale Allen Gyure draws on a wealth of previously unpublished archival material, and nearly 200 images, to contextualize his work against the framework of midcentury modernism and explore his initial successes, his personal struggles—including with racism—and the tension his work ultimately found in the divide between popular and critical taste.

Dale Allen Gyure is professor of architecture at Lawrence Technological University and a member of the Minoru Yamasaki Advisory Board at Wayne State University.


Praise For Minoru Yamasaki: Humanist Architecture for a Modernist World…

“The architect [Minoru Yamasaki], as this deeply-researched, lucidly-written and handsomely-illustrated book shows, was driven, brilliant and insecure. And he was exploring paths — particularly our emotional response to architecture and architects’ search for inspiration from the past — we are still traveling down today.” ”—Blair Kamin, Chicago Tribune
“Gyure does his subject justice. His adept presentation allows us to think anew about Yamasaki’s legacy. Gyure provides a wealth of insight on the architect’s values and his approach to design, and he reveals the complex, conflicted nature of his career.”—Richard Longstreth, George Washington University
“Minoru Yamasaki was one of the brightest lights in the extraordinary galaxy of mid-20th century architectural talent. We have waited a long time for an adequate re-appraisal of his work, but this meticulously researched and judiciously rendered account will firmly re-establish his reputation.”—Robert Bruegmann, University of Illinois at Chicago