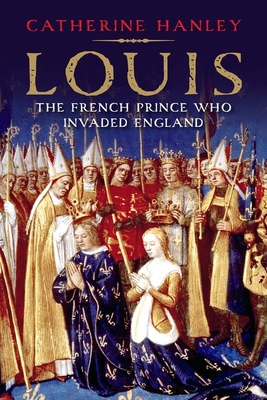 The French Prince Who Invaded England

In 1215 a group of English barons, dissatisfied with the weak and despicable King John, decided that they needed a new monarch. They wanted a strong, experienced man, of royal blood, and they found him on the other side of the Channel: astonishingly, the most attractive candidate for the crown of England was Louis, eldest son and heir of the king of France.

In this fascinating biography of England’s least-known “king”—and the first to be written in English—Catherine Hanley explores the life and times of “Louis the Lion” before, during, and beyond his quest for the English throne. She illuminates the national and international context of his 1216 invasion, and explains why and how after sixteen fruitless months he failed to make himself King Louis I of England. Hanley also explores Louis’s subsequent reign over France until his untimely death on the Albigensian Crusade. Published eight centuries after the creation of Magna Carta and on the 800th anniversary of Louis’s proclamation as king, this fascinating story is a colorful tale of national culture, power, and politics that brings a long-forgotten life out of the shadows of history.

Dr Catherine Hanley is a writer and researcher specialising in the High Middle Ages, and the author of War and Combat, 1150-1270: The Evidence from Old French Literature (2003).

Praise For Louis: The French Prince Who Invaded England…

“I have been waiting for a biography of Louis for a long time, and few are better qualified to write it than Hanley. She has a command of the sources and skilfully deploys her expertise in medieval arms and warfare… this is serious history, as well as a gripping – and poignant – story.”—Sophie Ambler, BBC History
— Sophie Ambler

“This is a volume aimed at a wide audience, with an appealing, fast-paced prose style… will open up new perspectives and debates on the era of Louis”—Sean L. Field, Royal Studies
— Sean L. Field
or
Not Currently Available for Direct Purchase
Copyright © 2020 American Booksellers Association