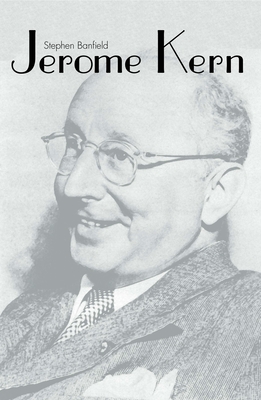 A founding father of the modern American musical, Jerome Kern (1885–1945) was the composer of legions of popular songs, including such standards as “Smoke Gets in Your Eyes” and “Ol’ Man River.” His 1927 Show Boat with Oscar Hammerstein II helped to set a new standard for musical theater.

This book is the first to provide a critical overview of Kern’s musical accomplishments throughout his career. Stephen Banfield ranges from Broadway, to Hollywood, and to London’s West End, drawing on unpublished manuscripts and scores to assess the composer’s extraordinary oeuvre.

Kern’s life, personality, and working methods are given due attention, as is the development of his work from the early musical comedies through the collaborations with Hammerstein and P. G. Wodehouse up to the later film scores. Banfield focuses especially on the musical and lyrical structures of Kern’s compositions, illuminating beloved works and shedding light on compositions often overlooked.